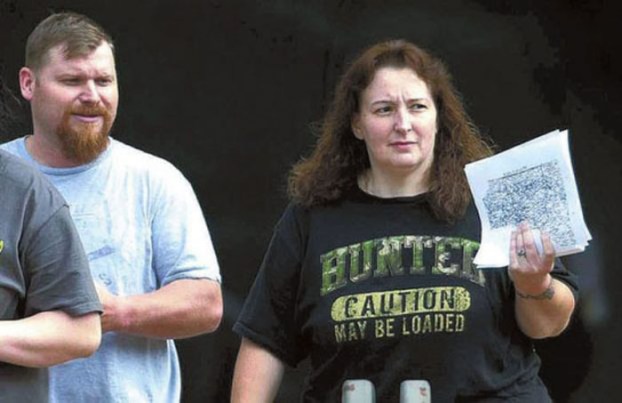 SALISBURY — During a short hearing Thursday, defense attorneys and Rowan County District Attorney Brandy Cook said they have agreed to separate murder trials for the parents of Erica Lynn Parsons.

Casey and Sandy Parsons are charged with murder in the death of their adopted daughter.

Prosecutors say the pair murdered Erica a couple of years before she was reported missing in July 2013. Jamie Parsons, the their biological son, reported the young girl missing. He told Rowan County sheriff’s investigators he had not seen his sister for two years.

In the years following that missing person’s report, investigators interviewed the couple and other family members numerous times.

Jamie Parsons would later provide details about the physical abuse of Erica by his parents and himself.

The attorneys scheduled a trial for Casey Parsons the week of April 6, 2020. They declined to set a trial date for Sandy Parsons.

In an October hearing, the attorneys spent a lot of time discussing scheduling a trial in 2019. Both Campbell and Rabil said that did not give them enough time to prepare considering all the evidence in the case and their own schedules.

Casey Parsons, wearing a yellow Rowan County Detention Center jumpsuit, handcuffs and shackles, was brought into the courtroom first. She sat with her attorneys and within minutes was led back to her cell.
A clean-shaven Sandy Parsons was led into the courtroom in an orange jail-issued jumpsuit, shackles and handcuffs and sat beside his attorneys. The attorneys said they would not set a trial date for him.
Until February 2018, the couple had been held in federal prison serving time on mail fraud, tax fraud and other convictions.
Campbell and Rabil argued in October that there was still so many documents to pour over, including 115 discs with interviews and hours of jail calls to listen to as well as 294 pages of documents from the Rowan County Department of Social Services and 39 pages from the Cabarrus County Department of Social Services.
There are allegations that go back 10 years and include 12 different residences.

The Parsonses told detectives that they allowed Erica to live with her biological grandmother, Irene Goodman, a woman they knew as Nan. Investigators determined from the beginning that Sandy and Casey were less than truthful.

Investigators said Casey and Sandy Parsons killed Erica in December 2011 and buried her body in a shallow grave on property in South Carolina not far from Sandy Parsons’ mother’s home.

Carolyn and Stevie’s daughter, Brittany Cline, also attended the hearing. In addition, Casey Parson’s parents, James and Shirley Stone, and a cousin were there.

Cline said she was close to both Sandy and Casey Parsons and because of this, she’s lost her whole family.

If given the chance, Cline said, “I just basically want to ask them why.”

“This case, in general, has taken so long that I think everybody’s just ready for something to be said and done,” Cline said.

“That’s one step closer to the rest of justice,” Carolyn Parsons said after the hearing.

She plans to be at Casey Parsons’ trial and says the date doesn’t bother her. In fact, the date gives attorneys time to make sure they have all their information together, she said.

She has no feelings for either of the defendants and awaits her turn to address the court.

She’s OK with a court date not being set for Sandy Parsons but feels he could accept a plea deal. Officials have not said whether a plea agreement has been discussed for him.

Carolyn Parsons said both parents deserve a sentence of life in prison.

SALISBURY — Local and regional investigators testified in court Thursday about the evidence they collected, stored and examined in the... read more