‘The players are already depressed about it’: Longtime Panthers bus driver retires 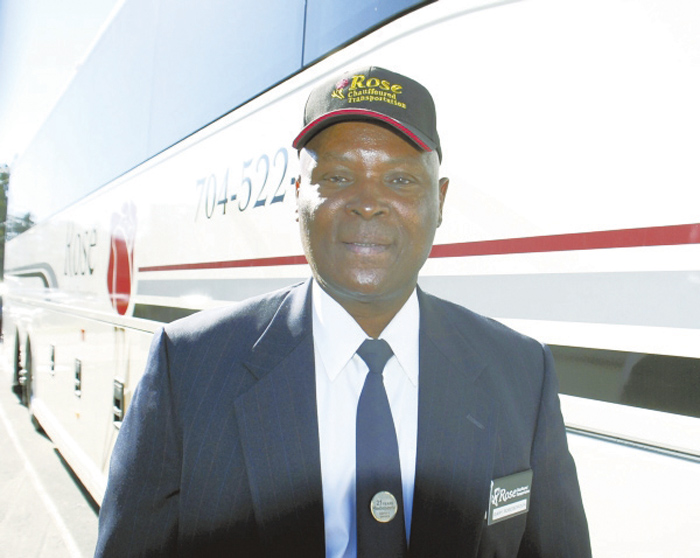 SALISBURY — Rowan County native Gary Roseborough, who has driven a bus for the Carolina Panthers since the franchise’s beginnings in 1995, says he has retired for health reasons.

“It hurts me because driving the bus is something I love to do,” said the 66-year-old Roseborough, who stopped driving at the end of 2018. “The players are already depressed about it.”

Roseborough was known as the driver who passed out small aluminum crosses to people he would meet on game days and in his driving duties for Rose Chauffeured Transportation of Charlotte.

He said he still will hand out his crosses, even though he’s retired.

Roseborough’s bus-driving career covered 45 years and took him on trips across the United States and into Canada.

For the Panthers, he sometimes ferried players and coaches back and forth to the airport or transported Panther employees from the parking lots to the stadium on game days.

A native of the Dorsett Town community outside Spencer, Roseborough started with Sam Moore’s Salisbury bus company in 1973.

While driving buses in years past, he also worked with Mitchell & Fair Funeral Service in Salisbury and, from 1979 to 1995, at the Food Lion distribution center, pulling orders and driving a forklift.

In addition, he drove tractor-trailers on local runs for West Brothers in Charlotte.

Roseborough drove charter buses mostly on weekends and special excursions for Moore, followed by companies in Kannapolis, Gastonia and Charlotte.

In recent years, he was recognized for his long safe-driving record, plus Rose Chauffeured Transportation named him its “Ambassador of the Year” in 2018.

Roseborough is an Army veteran (1975-77) who says he will be receiving treatment at the Hefner VA Medical Center in Salisbury. He lives in Charlotte but still visits friends and family in Rowan County.

Roseborough said Panthers players “are on the lookout for me” and staying in touch, saying they’ll make sure he gets to Panthers games in seasons ahead.