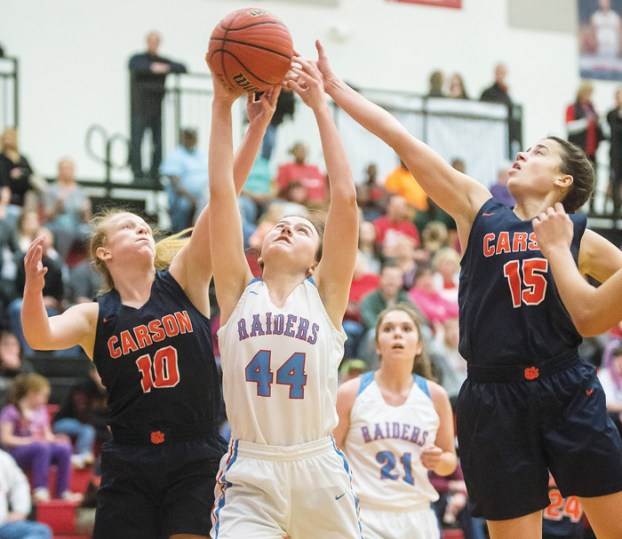 Girls basketball: Cougars win a big one at N. Iredell

Cougars take down the Raiders 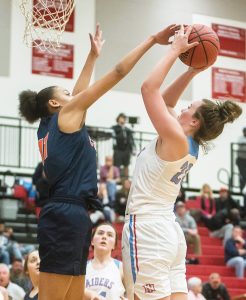 OLIN — The bus ride is long, and it’s rarely been a pleasant excursion for Carson’s girls when they visit North Iredell.

West Rowan and East Rowan may be bigger rivals for the Cougars, but North Piedmont Conference games with North Iredell have traditionally been combative and the toughest for Carson to win. Coming into this season, Carson was 3-16 lifetime against North Iredell.

On Friday night, Carson swept a season series from the Raiders for the first time ever, winning 62-54 in rural Olin, 14 miles north of Statesville.

“It made the ride back seem a little shorter,” relieved Carson coach Brooke Stouder said with a laugh. “This was only the second time I’ve ever won there.”

Carson will be playing the rest of the season without Carleigh Perry (knee), who was their toughest force in the paint. Perry’s absence was expected to be glaring against an extra-tall North Iredell team, but the Cougars, ranked third in 3A, compensated with a barrage of first-half 3-pointers.

After a tight first quarter, just about everyone in a Carson uniform got hot at the same time. Carson (19-1, 5-1) put together a 25-point second quarter and surged to a 39-23 halftime lead.

Taylor Conrad and Colbie Perry made two 3s each in the first half, and three more Cougars made one apiece. McKenzie Gadson, Maci Cooper and Lani Isley combined for 25 first-half points.

“We were just shooting really well,” Stouder said. “Seven 3-pointers (on 12 attempts) in the first half.”

Both teams struggled in a cold third quarter. Carson’s lead peaked at 21 points, but then momentum slipped away. Carson led 44-29 after North Iredell scored the last six points of the quarter.

“We’ve got to do a better job of understanding time-and-score situations,” Stouder said. “We’re up 20, but then we started taking quick shots. One pass and shoot. We needed to be using some clock because North Iredell is good. A team like that, they’re not just going to go away. They’re going to make a run at some point.”

In the fourth quarter, seventh-ranked North Iredell  was pressing full court and a run was in full force. North Iredell (15-3, 4-2) got all the way back to a 54-52 deficit when Rachel LaLonde banked in a shot in the paint with 32 seconds left.

Carson stabilized at that point, mostly with clutch free throws by Ellie Wilhelm, who was 7-for-10 at the foul line. Gadson had a big bucket after a North Iredell turnover.

Gadson, the tallest Cougar at 5-foot-9, had 13 points and 13 rebounds. Wilhelm scored 12, Conrad had 11, Cooper scored 10, and Colbie Perry and Isley scored eight each. Isley had five assists.

“We looked really small out there tonight,” Stouder said. “But this was a really good win. Every road win in this conference is big.”