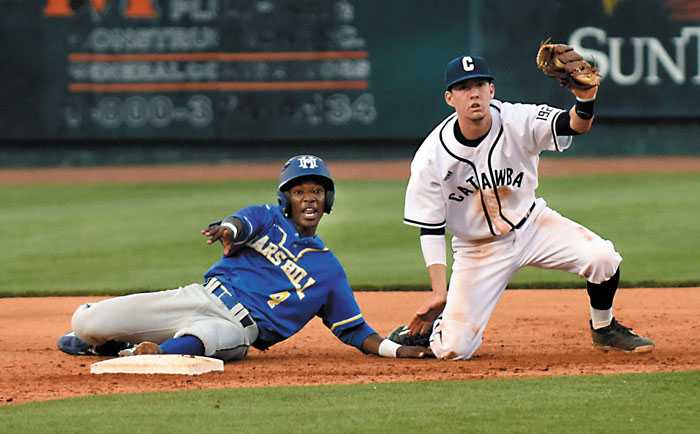 SALISBURY  — This is a Catawba baseball team without any preseason All-America mashers.

The one certain thing is that when the Indians start the season today against Lynn University in Boca Raton, Fla., with a 2:30 p.m. first pitch, they’re going to have another good team. That’s due to a coaching staff, led by Hall of Famer Jim Gantt, and because of players such as Jacob Nester.

Nester was pressed into service as the regular shortstop last season with Jeremy Simpson sidelined, and while no one plays shortstop quite like Simpson, Nester did more than fill in. He batted .323, drew a team-high 40 walks and scored 44 runs in a 54-game season.

With Simpson fully recovered from labrum surgery, he’s going to be the shortstop, so Nester will move around in a utility role. Gantt expects to write his name on the lineup card 50 times.

“I think we’ve got a team without egos, and that’s why I think we’ll be pretty good,” Gantt said. “Nester is going to play. Left field, first base, second base, shortstop, third base. He’s got the arm and the speed to play about anywhere.”

Catawba (30-24, 19-8 in 2018) is once again picked to win the South Atlantic Conference. Catawba won the SAC title by two games over Wingate last season.  The last time Catawba didn’t finish first or tied for first was 2012 when the Indians went 23-4 in the SAC, but still finished one game behind Tusculum.

“We’re not afraid of being picked first,” Gantt said. “We’re not running from it.”