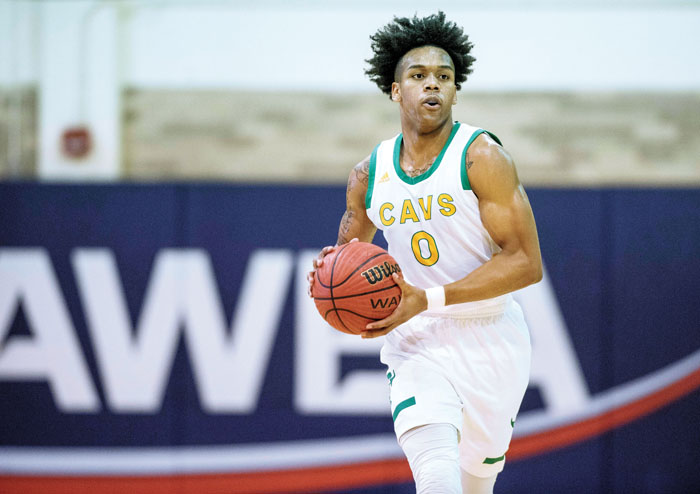 SPENCER — North Rowan’s boys were good all night on Tuesday, but they were great in the fourth quarter.

The Cavaliers outscored South Stanly, 25-7, down the stretch for a big 79-56 Yadkin Valley Conference victory.

“We got more aggressive on defense, got turnovers and pushed the ball in the fourth quarter,” said North Rowan point guard Derrick Page, who was celebrating his birthday.

North (14-2, 9-0) got 28 points from Brevin Goodlett, 21 from Dayjuwon Cooke and a lot of good decisions from Page and opened up a two-game lead in the league.

“It was an important win,” North coach Jason Causby said. “Goodlett and Cooke were really active. They were getting to the rim offensively and they were hitting the boards.”

North has won seven games in a row since the calendar flipped to 2019.

North got off to a solid start, but even with Goodlett scoring 13 points in the second quarter, it couldn’t shake South Stanly (9-8, 7-2), which made six 3-pointers in the first half.

“They were making a lot of corner 3s against our 1-3-1, but we adjusted in the second half,” Causby said. “We played more 2-3 zone and we paid more attention to the wings instead of challenging the ball at the top.”

Jadius Jones made four 3-pointers in the first half for the visiting Bulls, but North shut him out after halftime.

Page scored seven of his 10 points in the third quarter, but heading to the final eight minutes it was still a tight game. North, which had escaped 61-57 at South Stanly early in the season, was clinging to a 54-49 lead.

“That’s when our defense stepped up a lot,” Goodlett said. “We got it going with our press in the fourth quarter. We did the things we’re supposed to do.”

“It went from a five-point game to a 15-point game very quickly, in a handful of possessions,” Causby said. “They turned it over some, and we started making plays.”

From there, North was able to spread things out and pull away.

“Page played a great floor game, especially in the second half,” Causby said. “He got the ball to the spots where it needed to go, and I really liked the way all our guys responded in the fourth quarter. We’re playing as well right now as we have all season.”

NOTES: This was North’s second-best offensive output of the season. … Jacquez Cooke led South Stanly with 19 points. … Dayjuwon Cooke’s focus was on rebounding, but he topped 20 points for the sixth time this season and the first time since the Christmas tourney. He’s up to 831 career points. … Goodlett, a 1,000-point scorer, has been shooting the ball really well and has scored 20-plus in six of his last seven outings. … North still isn’t ranked in the top 10 in 1A in the NCPreps. com state media poll, but the Cavaliers did lead the Honorable Mention list this week. … North Rowan still has two marquee YVC games to play against North Stanly, a team that beat the Cavaliers in the Christmas tourney at Catawba. The first of those matchups is in New London next Tuesday. …. North is home against Uwharrie Charter on Friday.