Mary Oliver left a world of words to live by 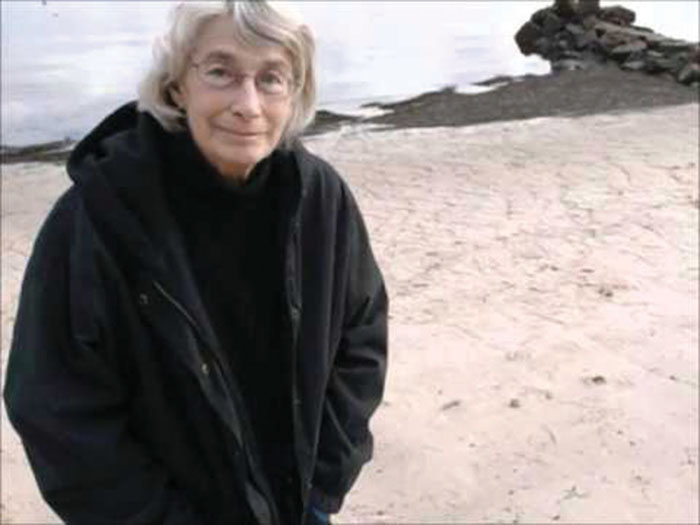 Mary Oliver, a Pulitzer Prize-winning poet whose lyrical descriptions of the lamp-eyed owl, the white-tooth bear and the lilies by the pond evoked natural wonders with a startling clarity of vision, while suggesting that life was a matter of learning to love the world even in the face of ugliness and pain, died Jan. 17 at her home in Hobe Sound, Florida. She was 83.

The cause was lymphoma, said her literary executor, Bill Reichblum.

A prolific writer who published a new collection almost every other year, Oliver was a rarity in modern American literature — a best-selling poet, so popular she was interviewed by journalist Maria Shriver in O, the Oprah Magazine, and honored in a tweet by former Secretary of State Hillary Clinton “for giving so many of us words to live by.”

Often compared to her literary idol Ralph Waldo Emerson, with whom she shared an abiding interest in the natural world, Oliver combined a precise, unfussy style with an almost religious devotion to examining nature.

Sexually abused by her father and neglected by her mother, she spent much of her childhood walking in the woods near her Ohio home, scribbling lines in a notebook and reading from a volume of Walt Whitman poetry she kept in her knapsack. She described nature as a source of solace, beauty and wisdom, perhaps most memorably in her poem “Wild Geese”:

Whoever you are, no matter how lonely,

the world offers itself to your imagination,

calls to you like the wild geese, harsh and exciting –

over and over announcing your place

in the family of things.

While many of her contemporaries were creatures of the academy, holders of graduate degrees and distinguished professorships, Oliver kept her distance. She never graduated from college and taught only occasionally, including for several years at Bennington College in Vermont. With the exception of her partner, Molly Malone Cook, with whom she lived in Provincetown, Massachussets, for more than five decades, Oliver seemed to prefer the company of dogs to people.

Yet her poetry was far from aloof, encompassing themes of love, prayer and beauty in a warm and plain-spoken style that divided critics and literary scholars, some of whom accused her of sentimentality. Oliver chalked up the criticism to “a kind of eliteness among academics.”

Writing in free verse, she eschewed the formal experimentation of her modernist contemporaries and followed in a line of pastoral American poets that included Marianne Moore, Elizabeth Bishop and Edna St. Vincent Millay, at whose home Oliver lived for several years as a teenager. She also found inspiration in the Sufi writer Rumi, whom she described as a model of brevity and spiritually focused poetry.

Oliver was 28 when, in 1963, she made her literary debut with “No Voyage and Other Poems.” She went on to receive the Pulitzer for her 1983 collection “American Primitive” and the National Book Award for poetry for her 1992 work “New and Selected Poems.”

“Although few poets have fewer human beings in their poems than Mary Oliver, it is ironic that few poets also go so far to help us forward,” poet and novelist Stephen Dobyns wrote for The New York Times, reviewing “New and Selected Poems.” Her work, he argued, was focused on the question of how to love the world when it is “intrinsically unlovable,” when nature is “neither pretty nor nice” and “life is mostly a matter of dying.”

Oliver’s answer to that question, which she herself posed in the poem “Spring,” was simple but profound: Learn to love, and thus to live, by tending to the world. “To pay attention,” she wrote in another poem, “this is our endless and proper work.”

Mary Jane Oliver was born in Maple Heights, Ohio, on Sept. 10, 1935. Her father was a social studies teacher in the nearby Cleveland school system, and her mother was a secretary at a local elementary school. “I had a very dysfunctional family, and a very hard childhood,” Oliver told O magazine in 2011. She was sexually abused when she was “very little,” she added. “So I made a world out of words. And it was my salvation.”

Oliver began writing when she was 14, always while walking, as an escape from her troubled home life. “To this day,” she told the radio program On Being, “I don’t care for the enclosure of buildings.”

After graduating from high school, she left Ohio, traveled to Millay’s house in upstate New York and befriended the late poet’s sister, helping to organize Millay’s papers. She studied at Ohio State University and Vassar College but never received a degree.

Oliver was visiting the Millay estate in the late 1950s when she met Cook, a Village Voice photographer who later became a gallery and bookstore owner and an assistant to writer Norman Mailer. Together, they settled in Provincetown, sometimes feeding themselves by foraging for berries and digging for clams.

Often described as a recluse, she gave few interviews because of what her biographer Lindsay Whalen called “an older understanding” of what it meant to be a poet. “The poem was a direct communication with the reader,” Whalen said in an interview. “For her, a knowledge of the personal details of the writer’s life was just a distraction.”

With Cook’s death in 2005, Oliver — who has no immediate survivors — took on an increasingly personal tone in her work. She also became more overtly political, critics said, as her nature poems were shadowed by allusions to climate change and environmental destruction.

Still, there remained the sense of wonder that Oliver had nurtured for decades, and memorialized in works such as “When Death Comes,” from “New and Selected Poems.” The poem ended with Oliver looking ahead to her own death, writing:

When it’s over, I want to say all my life

I was a bride married to amazement.

I was the bridegroom, taking the world into my arms.

When it’s over, I don’t want to wonder

if I have made of my life something particular, and real.

I don’t want to find myself sighing and frightened,

or full of argument.

I don’t want to end up simply having visited this world.