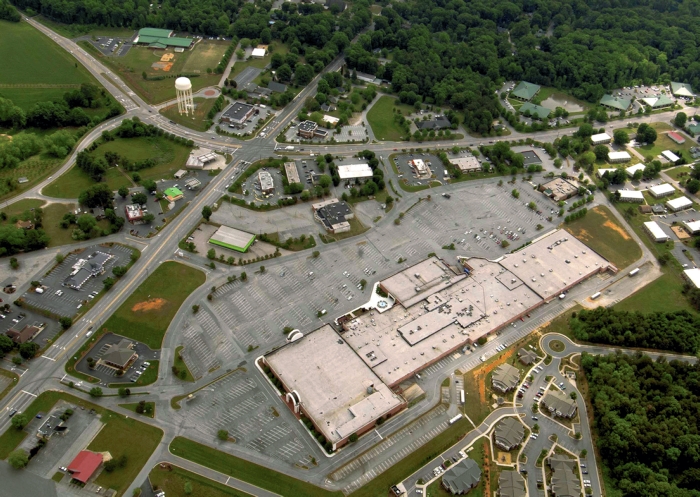 SALISBURY — The collection of agriculture-related services in a county office building on Old Concord Road could be the next government service to move to West End Plaza.

During their Friday planning retreat, Rowan County commissioners asked Manager Aaron Church to spend up to $25,000 with architecture firm ADW to draft plans to locate agricultural services on Old Concord Road — including Rowan County Cooperative Extension, the soil and water conservation district, NC Forestry Service and potentially the Farm Service Agency — in storefronts connected to the former mall’s interior hallways, in part of the former Belk’s building or split between the two.

A motivation for the move would be that Rowan County Emergency Services would have space to grow in the Old Concord Road facility, said Commissioner Mike Caskey.

It’s time commissioners start talking about what else they want to do at West End Plaza, Caskey said Friday. At present, West End Plaza is home to the Rowan County Board of Elections and Veterans Services. The former J.C. Penney’s space is frequently used for events, too. Otherwise, while there are still private businesses who rent space in the building, a majority of the space is still unoccupied.

“The building is in great shape. We’ve just got to decide what to put in it,” Caskey said.

Debate on Friday was wide ranging — from the size of the kitchen that would accompany the Cooperative Extension office to commissioners talking about their potential vision for the facility.

Church said he had not spoken with Extension Director Amy-Lynn Albertson specifically about the move but was certain her staff would need a kitchen. The kitchen would be used in classes Cooperative Extension offers. What’s more, if commissioners hoped to create an “Ag Center” at West End Plaza, a conference room would be needed, too.

And, during discussion about the kitchen, commissioners debated whether the kitchen should include “commercial cooking equipment” for a potential convention center.

“We need to start with the staff out there to determine what they want,” said Commissioner Judy Klusman. “A cooking kitchen versus a catering kitchen are totally different. And I don’t want to get the cart before the horse here.”

Whatever the contents of the kitchen, it would be shared between Cooperative Extension and a potential convention center.

As discussion continued, Caskey said he’d like to see a farmers market built outdoors at the West End Plaza. Commissioners Chairman Greg Edds said he’d like the facility to become a one-stop shop for permitting, planning and inspections. Reviving an oft-discussed idea, commissioners Vice Chairman Jim Greene said city and county government could work together to develop the former Belk’s building into a convention center.

Rowan County purchased the building for $3.4 million in December 2013. Caskey said Friday that it was a good purchase for the amount Rowan County paid.

“Look at what we’ve got for that price,” Caskey said, asking how much it would cost to simply build a parking lot the size of West End Plaza’s.