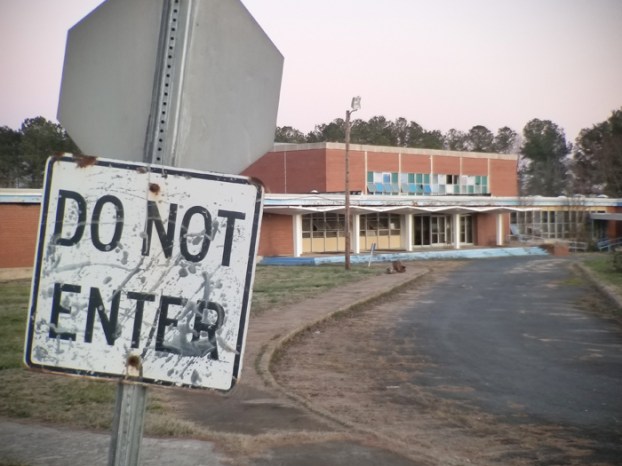 EAST SPENCER  — A local nonprofit group says the partial government shutdown that began in late December may affect whether it can get a grant to assess what’s left of the former Paul Laurence Dunbar Center.

The Paul L. Dunbar Group owns most of the property and is in the initial stages of applying for a Brownfields grant through the Environmental Protection Agency to assess the facility for potential environmental dangers. The group could then remove the contents safely and renovate or demolish the building.

The shutdown continues after Congress and the Trump administration failed to agree on an appropriations bill for government funding through fiscal year 2019. As a result of the failed attempts, many government entities were forced to shut down. Thousands of workers have been forced to work without pay or have been furloughed.

Dunbar Group Chairman Kenneth Foxx said the agency has begun the initial requirements to apply for the grant, which he feels is likely to be approved. However, he worries that if the shutdown continues, the application may sit on the desk of a furloughed employee.

The grant is for between $300,000 to $500,000 and could be used to determine the best use for the property and how to work with any potential problems.

Phase I included a preliminary site inspection, which deemed the building structurally sound. In Phase II, an assessment would determine the types of possible contaminants inside the building and what it would take to clean it.

In 2014, a large part of the former Dunbar Center was destroyed by fire. The building has sat vacant for a number of years. Now that the nonprofit group owns the property, Foxx said, he is really hoping to get some work done on it very soon.

The nonprofit group’s purpose is to act as a community development corporation with the hopes to create housing, community information and economic development programs.

The ultimate goal is to create a local foundation similar to the Robertson Family Foundation.

Foxx said there are already many fine nonprofit groups that help fund local projects, but there’s just not enough money to go around.

His agency currently operates out of East Square Arts in downtown Salisbury. Once the former Dunbar Center is renovated, the group will be based there.

In 2015, the Paul L. Dunbar Group raised $35,000 to purchase the note from SunTrust Bank on the property on North Long Street. In order to obtain the property, the group would’ve had to foreclose on Shady Grove AME Zion Church, which previously owned it. The Dunbar Group was able to transfer the title and pay $43,000 to the county for a tax lien.

The Brownfields program is designed to work with towns and states to assess sites, safely clean them and come up with redevelopment plans. There are grants available for the work that will pay for an assessment of the property.

The group’s five-year goal is to provide housing, work and recreational areas on the site of the Dunbar Center.

In a 15-page report released this week, the EPA provided contingency guidelines in the event funding remains unavailable.

The report says those with existing funded grants can continue to work on projects during the EPA shutdown. Generally, EPA staff will not be available to make payments until the shutdown ends, the guidelines explain. Recipients must stop work if they reach a point that they require EPA involvement or approval.

Foxx said although he is uncertain about the future of the grant application, the nonprofit group is not waiting.

“We are in discussion with private entities,” he said.

The group is looking to private partners for funding. Even though he wants to get construction started, he’s realistic in his expectations, saying that most likely things won’t get done until this fall or sometime in 2020.