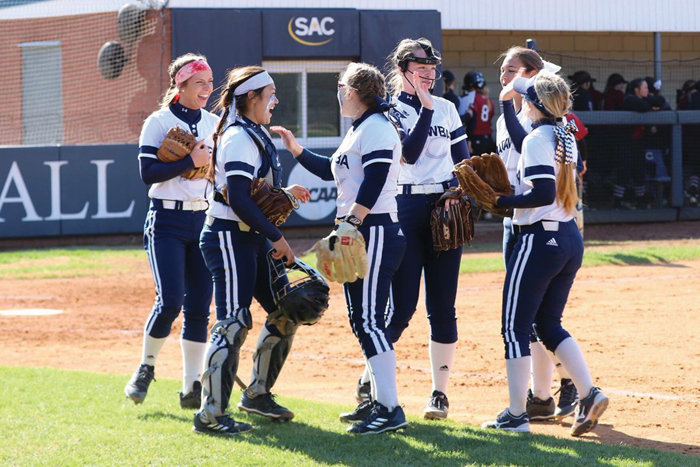 Submitted photo Ctawba College's softball team will now be able to play under the lights.

SALISBURY — Catawba College has exceeded one of the goals of its Mind Body Soul Campaign for Growth.

The fundraising campaign, kicked off in mid-October, raised more than $221,000 in two months for lights at Whitley Softball Field. Work on the project is expected to be completed by mid-April.

Barbara Marshall of Raleigh, Class of 1972, co-chairwoman of the Body Committee, said she is impressed and pleased with the response to the campaign.

“No more missed afternoon classes,” Marshall said. “The women on the team will now be able to practice under the lights as well as play their games in the evening. Plus, parents and friends can attend the games.”

“We had a challenge and a goal which was met in short order,” she added. “Donations in varying amounts – small, medium and large from a lot of folks who truly want the best for the team and the college — made this happen.”

The Catawba Office of Development reported the money came from 72 donors, with 62 percent of the gifts being under $1,000. The office said the campaign is an example of women supporting women, since the top four donors were women.

Darlene Ball of Salisbury, Class of 1962 and co-chairwoman of the overall campaign, said it is significant that the goal was reached with many donors making contributions. She has called the three-year effort “an engagement campaign.”

“We want to reach and engage all alumni and friends of the college,” Ball said. “Every gift counts. Everyone will find something in this campaign that will make a key difference in academics, athletics or spiritual experiences on campus. They can contribute, as they are able, and we will show them results.”

Donors designate the project they want to support.

Marshall said the lights will enhance the team’s practices.

“Hopefully, this will result in more away game victories,” she said.

In recent years, the team has made three appearances in the NCAA Regional Tournament and has won two South Atlantic Conference Tournament championships. Team members maintain a cumulative GPA of 3.6.

Mandy Morgan, head softball coach, called the announcement “a huge step for our program. We are so excited to have so much support. This is a wonderful opportunity for our team, athletic department and Catawba. The lights will allow us to practice more as a team after classes conclude and have games later so more parents, students, faculty and community members can attend.”

Team member Taylor Martin said the team is thankful to all those who worked on the project and gave their time and gifts.

“This allows us to better our team in many ways,” she said.

In the overall campaign, the college plans to raise $38.2 million to upgrade facilities and begin new programs, ensuring that Catawba is prepared to grow and retain students by providing 21st-century opportunities.

Dan Bross of New York, Class of 1971, is co-chairman of the overall campaign, along with Ball.

Randy Crumpler, Class of 1975, co-chairs the Body Committee with Marshall.

Deborah Messinger, Class of 1974, and Greg Alcorn, class of 1979, both of Salisbury, co-chair the Mind Committee.

Dick Seiwell of West Chester, Pennsylvania, Class of 1967, and Sara Cook of Salisbury, class of 1965, co-chair the Soul Committee.

Fred Stanback of Salisbury and June Michael, Class of 1970, are honorary co-chairmen of the campaign.

School board talks about redistricting data