Salisbury man at magistrate’s office turns drugs over to police 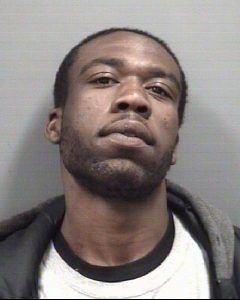 SALISBURY — A local man was charged with cocaine possession this weekend after he turned over drugs to a police officer.

The man showed up at the Rowan County Magistrate’s Office with his grandmother, officials said.

The Salisbury Police Department charged Jericho Lamonte White, 26, of the 200 block of Harrel Street, with felony possession with intent to manufacture, sell or deliver a controlled substance Schedule II.

The officer went to the magistrate’s office to meet with White. He was at first a little hard to understand and exhibited odd behavior, according to a police report.

White told the officer he’d done something wrong. He pulled a pill bottle from his sock and handed it to the officer.

Inside the container was crack cocaine.

White told the officer he wanted to talk about something then declined to provide details.

Some areas may have black ice on the roadways this morning, and then fog could develop, but we are already... read more