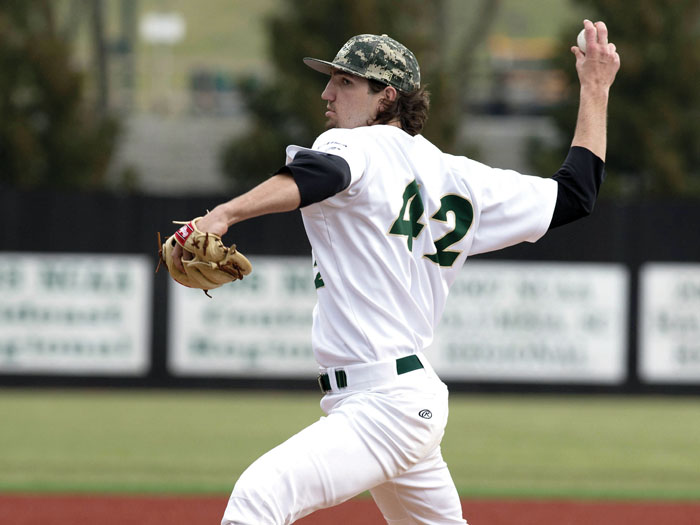 The bad news first. When you have an appointment with Dr. Andrews, it means something is wrong.

The good news is the world’s most famous sports physician, the 76-year-old team doctor for the Washington Redskins, Tampa Bay Rays, Alabama Crimson Tide and Auburn Tigers, is a terrific guy.

“His office has all these signed photos of  Hall of Famers and superstars he’s operated on and helped,” said Toronto Blue Jays farmhand Colton Laws, the former Carson High standout who was one of Andrews’ patients in November. “But he’s still just this down-to-earth, regular guy. We really didn’t talk much baseball. We talked duck hunting. My shoulder surgery was on Nov. 8. Duck hunting season was starting Nov. 10. I wanted to know how long I was going to miss.”

Laws, a 23-year-old native of Faith, was a towering presence during his years at Carson. His 6-foot-7 frame was both powerful and mobile. He wasn’t skinny and he wasn’t thick. He was built perfectly for sports. He scored 1,261 points for Carson basketball teams coached by Brian Perry and stood out as a pitcher and first baseman on the baseball diamond for teams coached by Chris Cauble. He graduated in 2014.

East Carolina didn’t work out for Laws, but after a transfer, Charlotte did. He blossomed into a star in his second season as a hurler with coach Loren Hibbs’ 49ers. He was 7-2 in 2017 with a 1.87 ERA. He struck out 94 while walking only 13 in 96 innings. He threw zero wild pitches. He was always around the plate, but he still wasn’t easy to hit. He allowed seven hits per nine innings. There was a long scoreless inning streak of 29 2/3 innings. There was a record-breaking, 14-strikeout game in the Conference USA Tournament.

MLB teams noticed. Laws’ phone stayed busy during the draft in early June, 2017.  Lots of teams were intrigued by his potential. Toronto finally pulled the trigger during the seventh round. He still had eligibility at Charlotte, so he had negotiating leverage. He signed for $183,300 and became the first Carson graduate to become a professional athlete.

“We were thrilled for him,” Hibbs told reporters. “He wasn’t drafted out of high school but developed into a seventh round pick. That speaks volumes. We’re all proud of his work ethic and he decided to be really good. It was great to see him get rewarded for it.”

Laws had pitched almost 100 innings for the 49ers in 2017, mostly high-stress innings while matched up with the opposition’s ace pitcher, so the Blue Jays were cautious with his workload.

He made his pro debut in the summer of 2017 at Bluefield, a rookie league team in the Appalachian League, and was close to perfect. He pitched six times, threw 11 innings. He logged his first pro win, while striking out 11 and walking one. He allowed one run before being promoted to the  Class A Vancouver Canadians, who were in a pennant race.

After he secured a passport — he was leaving the country for the first time — Laws pitched in four games for Vancouver and did very well. All four of his outings were on the road. He expected cooler weather, but his debut came in Hillsboro, Oregon, on a night when the temperature topped 100 degrees.

Vancouver ended up winning the championship of the Northwest League.

“For a kid from Faith, going to a big city like Vancouver was an awesome, really neat experience,” Laws said. “I had a great time and I got the chance to be part of a championship team. I’ve still got the ring with me now.”

While 2017 was a dream for Laws, 2018 brought up-and-down reality and adversity.

“I went into spring training and my shoulder was barking from the start,” Laws said. “When that season started, I stayed in extended spring training for almost two months, working out, rehabbing and trying to get the shoulder right.”

Laws finally headed to Michigan to join the Lansing Lugnuts of the Midwest League. That’s a full-season Class A league, the equivalent of the South Atlantic League in which the Kannapolis Intimidators compete.

Laws had early success with the Lugnuts. In June, he put together back-to-back, five-inning outings against Bowling Green and Fort Wayne in which he didn’t allow a run. He was the winning pitcher the night the Lugnuts clinched a playoff berth with a strong first half.

“I wasn’t over-powering people, but I was locating, doing my job,” said Laws, who throws a slider, changeup and two-seam and four-seam fastballs.

“No excuses,” Laws said. “I tried to throw through some discomfort and just didn’t get the job done.”

His strikeout/walk ratio was still  outstanding — 39 strikeouts, seven walks — but he obviously wasn’t the same pitcher the Blue Jays had drafted. Laws took a pounding on June 30, in a 13-6 slugfest. On July 2, he was placed on the disabled list.

He was sent to Florida, to the Blue Jays training complex, not long after that.

MRI tests came back clean. No structural damage was revealed. That was a relief for everyone, but Laws still didn’t feel right.

The trip to Dr. Andrews came next.

Andrews, who was a pole vaulter at LSU in his college days, performs up to 50 surgeries every week — on everyone from famous pros to high school kids.

Andrews recommended surgery for Laws to “clean up” the rotator cuff.

Laws visited home last week, got to hang out for a while with old teammates and coaches and played in a South Rowan vs. Carson basketball fundraiser, but now he’s back in Florida.

He reports each day to the Blue Jay’s high-tech, high performance center in Dunedin, where he works with a team of experts in strength and conditioning as well as psychologists.

He expects to be pitching somewhere in 2019, there’s little doubt about that, but there’s also no firm timetable.

“I just show up every day and do what the doctors tell me to do as far as rehabbing the shoulder and getting ready for the season,” Laws said. “I also get to sit in the sun a lot.”

He’s not complaining about what he is convinced is only a temporary setback on the road to good things.

“A bunch of the athletes I hang out with every day are guys trying to come back from Tommy John surgery,” Laws said. “That keeps everything in perspective.  It could be a lot worse. I feel very blessed. I’m thankful every day that I got the opportunity to play pro baseball.”