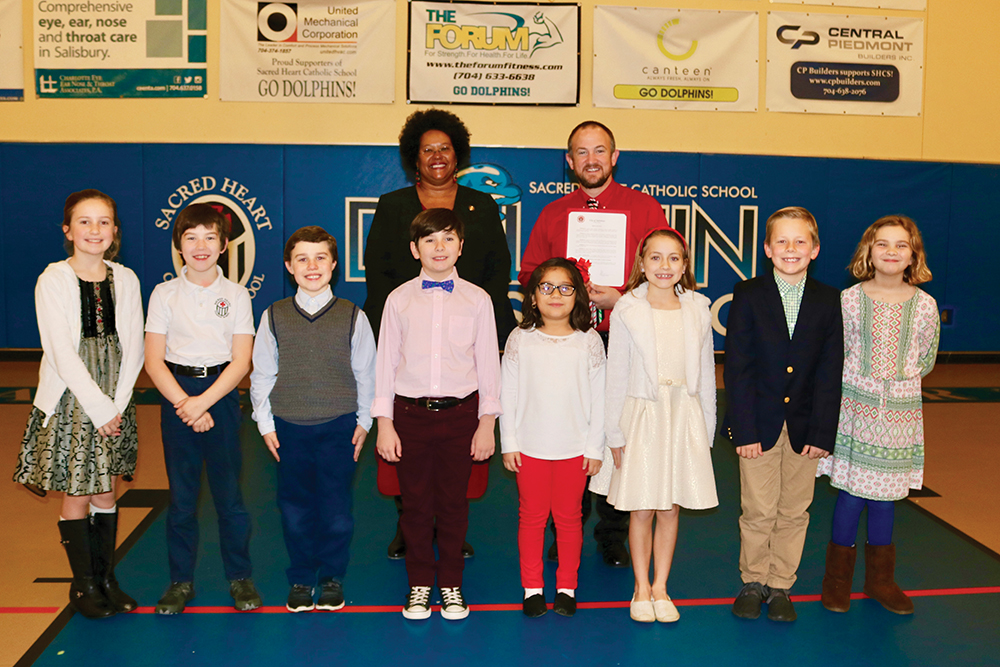 Heggins used the time to recognize students for their efforts to serve others, raise money for charities and lend helping hands.

The mayor read proclamations from the city recognizing the middle school and elementary student government as well as the entire student body.

Both the middle school and elementary school student councils were honored during the 2018 Service Above Self Awards in 2018, and fourth-grader Aidan Melton was named Elementary Student of the Year.

Yesterday: Hanging out with some kids next to Berlin…