Quotes of the week: ‘You can’t cancel that’ 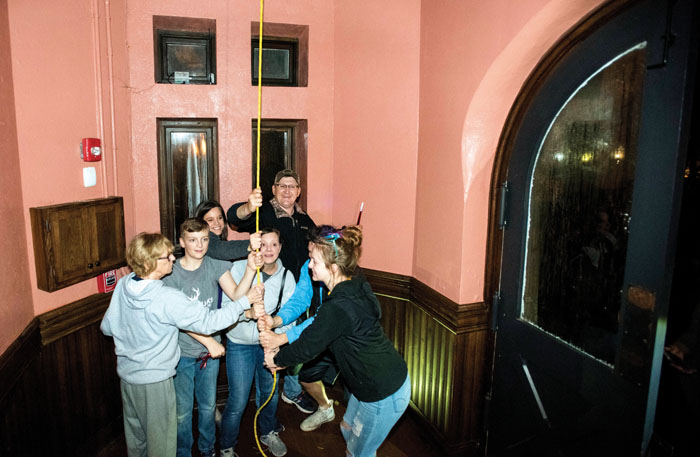 Members of the Shideler, Stills and Tripps families ring the bell in the historic Bell Tower to celebrate the new year. Jon C. Lakey/Salisbury Post

Clyde, the artist who helped organize a New Year’s Eve gathering at the Bell Tower downtown after city officials canceled the traditional celebration because of the threat of bad weather

“Life is what is passing you by while you’re waiting for life to begin.”

Mayor Al Heggins, speaking Sunday at the installation of officers of the Salisbury-Rowan NAACP chapter

“If you don’t want to know what she thinks, don’t ask her.”

Jerome Heggins, introducing his wife, the mayor, at the NAACP ceremony

“Some people don’t want to use them because they are so pretty, but I want people to use them.”

David Diggs, on the hunting knives he fashions for customers of his company, Diggs Customs

“I’ve learned about being patient and waiting for the right pitch, and once you start hitting, your confidence jumps.”

Summer McKeon, on her growth as a member of the South Rowan High School softball team as she gets ready to transition to the college level playing for N.C. A&T State University next year

“I would say the most important step is the step out the door to get started.”

David Freeze, an athlete and fitness expert, on how to commit to New Year’s resolutions to exercise and lead a healthy lifestyle