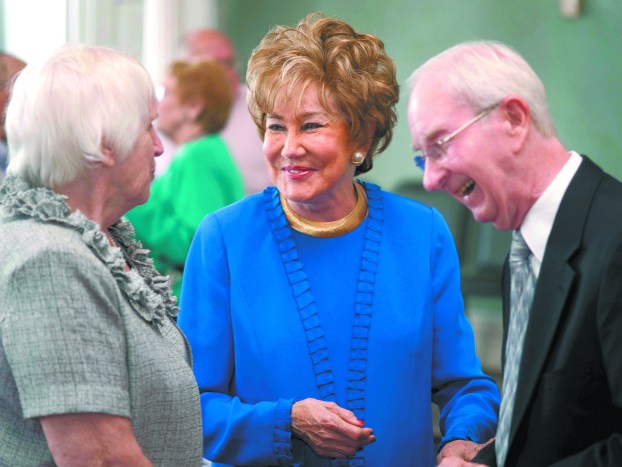 One of my favorite things about the holiday season is the arrival of “The World Almanac and Book of Facts.”

Its thousand pages of fine print are a valuable resource. But there is a problem. When I gave a copy the other day to a friend, he took a look, shook his head, and said, “I can’t read a word of its tiny text.”

But crammed into all that fine print are so many things my friend should know.

I quickly go to the North Carolina section for its short summary of our history and economy. I look for the section called “Famous North Carolinians” to see who made the list.

If you are looking for a way to entertain guests at a New Year’s party, here is an idea: share the almanac list with your friends, give each a pencil and pad, and ask them to write down 10 people they think should be added to the list. Then have everybody share lists and explain their thinking.

Here are some people in contention:

• Virginia Dare, the first child of English parents born in the new world.

• Daniel Boone, who spent much of his early life in North Carolina.

From politics and public life:

• Josephus Daniels, founder of the News & Observer and secretary of the navy.

• Mick Mulvaney, who grew up in Charlotte, acting chief of staff for President Donald Trump, and

Of course, you and your friends will have other candidates. If your group gets tired of coming up with new names, give them the task of crossing out a number of people from the almanac’s list.

For instance, most people would say they never heard of William Rufus King. They would suggest that his name come off the list.

King was born in North Carolina in 1796. After he moved to Alabama, he was elected to the U.S. Senate and in 1852 was elected vice president. He died on April 18, 1853, after serving for only six weeks.

King and future president James Buchanan, both unmarried, were close friends and lived together for many years. Some historians suggest that they were more than friends.

Whether they do or not, I wish you and them a happy, and informed, New Year.

Send me your suggestions of  famous North Carolinians to add to World Almanac’s list at nceateries@yahoo.com and I will forward your message to the almanac staff.

5G will make life faster for Americans; FCC should make sure no one gets left behind

The Washington Post Cellphone carriers such as AT&T and Verizon are not the only ones racing to 5G. The United... read more