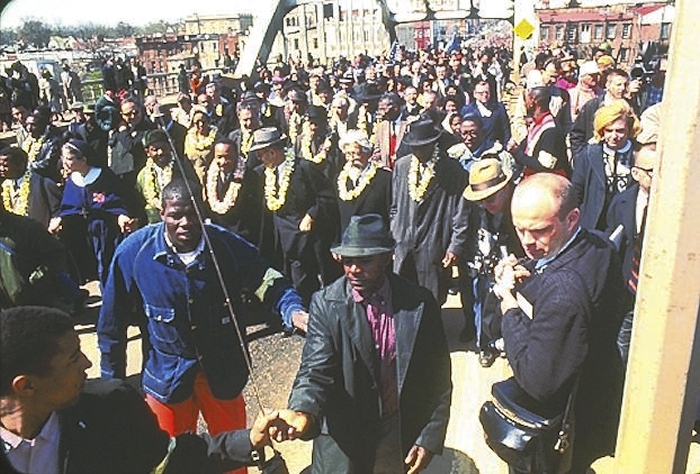 Photo courtesy of Ben Martin Ben Martin, a Time magazine photographer in 1965, took this shot at the Edmund Pettus Bridge in Selma on the first day of the Selma-to-Montgomery civil rights march. Dr. Martin Luther King Jr. is near the left center of the picture.

If you are white, chances are the phrase “white privilege” creates a defensive posture. The word “white” creates discomfort in those not used to being described by race. The word “privilege” makes no sense for poor and rural white people.

Prior to the Civil Rights Act of 1964, white privilege was built into our legal system. After 1964, white privilege became the “power of normal.” That is, white people generally did not encounter such things as exclusionary zoning practices; having greater access to resources, such as home loans; systemic inequities; being perceived as “suspicious” when shopping, walking in a “white neighborhood,” or driving a Mercedes.

“White privilege” provides an ease of moving through the world that does not exist for persons of color.