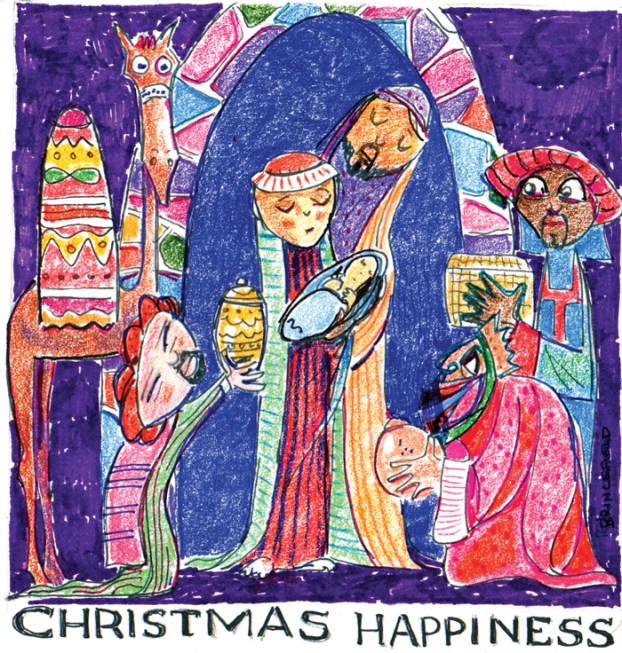 SALISBURY — Vicky Buchanan died 15 years ago, but her memory still lives on in her sorority sisters of the Laureate Alpha Pi Chapter of Beta Sigma Phi, an international service sorority.

“We give every year in memory of Vicky. She was one of those people you could always count on no matter what you needed,” said member Penny Rice.

The sorority gave this week to the Christmas Happiness Fund in memory of Buchanan. The money raised through the fund provides Christmas gifts for local families. It was started over 60 years ago by then-Post editor Spencer Murphy.

Buchanan had two sons whom she was very proud of, Rice said. Unfortunately, Buchanan died before her sons had children.

“They both turned out to be wonderful young men,” Rice said.

“We just like to be able to give to the local community and that’s what we do with most of the fundraisers we do,” Rice said.

She said the sorority has a number of local organizations they give to including the Terrie Hess Child Advocacy Center, the Rowan Humane Society and Faithful Friends.

In honor of our grandchildren; Jason, Miguel and Savannah by Charlotte and David Hall — $25

In honor of my traveling buddies; Libby, Toni and Jane by Charlotte Hall — $25

In loving memory of my father James Ryan and my brothers Jimmy and Mike Ryan by Kathy R. Stoessel — $25

In memory of the Bluegrass Drummer – Bobby Martin by Anonymous — $50

In memory of Lee Russell by Cindy and Kirkley — $100

In honor of Elizabeth Cook, Nan Martin and Danny at JR’s Truck and Auto Repair by Lindsay and Mark Wineka — $100

In honor of our neighbors on Lillian Circle in Salisbury, Merry Christmas by Dana and Jan Samuelson — $25