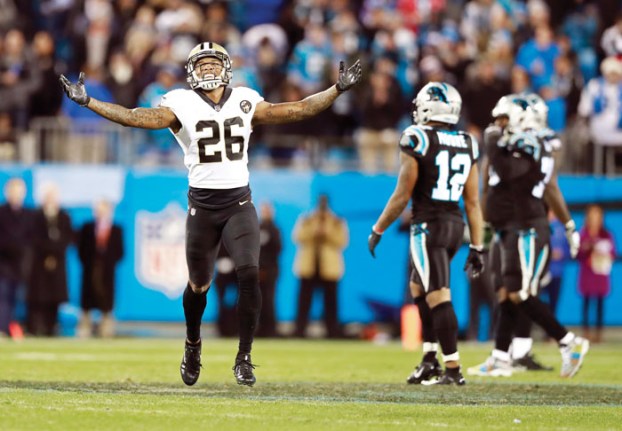 Saints back on top of AP Pro32 poll; Chargers climb to No. 2

NEW YORK (AP) — Drew Brees and the New Orleans Saints are feeling quite at home on top of the NFL.

And the Saints are back on top of the latest AP Pro32 poll .

The Saints received 11 of the 12 first-place votes for 382 points in balloting Tuesday by media members who regularly cover the NFL.

The Saints moved up a spot a day after holding off Carolina 12-9 on Monday night.

“On a night when Drew Brees didn’t have his magic touch, it was a rapidly improving defense that carried the Saints to a huge win over Carolina that keeps them in the lead for all-important home-field advantage in the NFC playoffs,” said  Newsday’s Bob Glauber.

The next two positions belong to the AFC West. The Los Angeles Chargers received the other first-place vote and jumped two spots to No. 2 following their thrilling 29-28 win over the Kansas Chiefs on Thursday night. Philip Rivers threw for 313 yards and two touchdowns, including a winning 2-point conversion in the final seconds.

“Nobody is having more fun playing football than 37-year-old Philip Rivers, who has inserted himself squarely in the MVP conversation,” said Ira Kaufman of Fox 13 in Tampa, Florida.

The Chiefs fell two places to No. 3.

The NFC North champion Chicago Bears gained two spots to No. 4 after they earned their first playoff appearance in eight years with a win over Green Bay.

“The Chargers and Bears are playing better than any of the other contenders at the moment,” said Charean Williams of Pro Football Talk.

The Los Angeles Rams dropped two spots to No. 5 after losing to the Philadelphia Eagles on Sunday night.

The Houston Texans gained a place to No. 6 after rallying past the New York Jets. The Texans (10-4) are the No. 2 seed in the AFC and are at the Eagles on Sunday as they try to avoid playing on wild-card weekend next month.

“Finally beat (Tom) Brady,” Fox Sports’ John Czarnecki said of the Steelers earning their first victory over the Patriots since 2011.

New England is the No. 3 seed in the AFC, but closes with home games against Buffalo and the Jets.

Pittsburgh has a half-game lead over Baltimore in the AFC North, but faces a challenge as the Steelers meet the Saints on Sunday.

The Indianapolis Colts, in the hunt for a wild-card spot in the AFC, also gained two places to No. 9.

And the Seattle Seahawks rounded out the top 10 as they fell two spots after their overtime loss at San Francisco. The Seahawks host the Chiefs on Sunday night as they look to close in on a playoff spot.