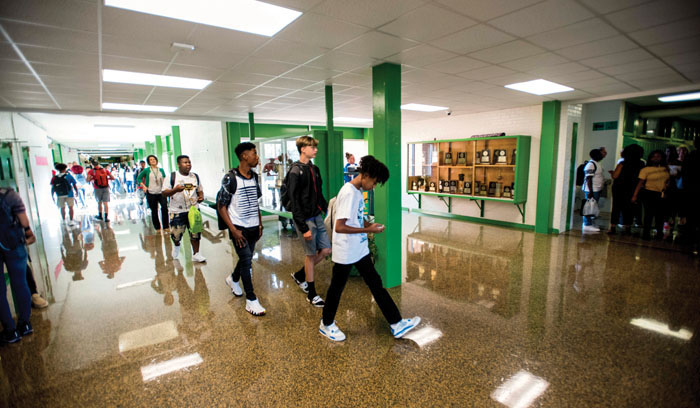 The Rowan-Salisbury School System needs to streamline the number of schools it operates, but closing North Rowan High School cannot be part of the plan. The school is too important to Spencer, East Spencer and, in fact, all of Rowan County.

And it has succeeded in ways those outside the North Rowan family may not fully appreciate.

North Rowan was the first of Rowan County’s consolidated high schools, built in a wave of new energy and momentum in the late 1950s and early 1960s. The transformation was not complete, however, until the school system also desegregated around 1970, an especially rocky process at North. A “Save Our Schools” group sued the school board to try to prevent having black and white children attend classes together — not only at the high school, but also at Spencer Elementary and, as a new junior high, the Dunbar School in East Spencer. “Little children are going to be deposited in strange communities,” a lawyer for the plaintiffs argued. “It’s going to be catastrophic in that regard.”

The school board and integration eventually prevailed, and the result has been far from catastrophic. Now North Rowan High School builds strong bonds between families of different races and backgrounds. It brings the people of East Spencer and Spencer together like nothing else can. The school is also the center of activity in Spencer, a town slowly rebuilding from the catastrophic loss of the Spencer Shops decades ago.

There are several options for drawing more students to North — redistricting, housing part of the system’s renewed investment in vocational training, or even an expansion of Rowan County Early College.

The school board is doing the necessary work of reviewing capital needs and setting priorities. But savings that undermine an entire community may a fool’s bargain.