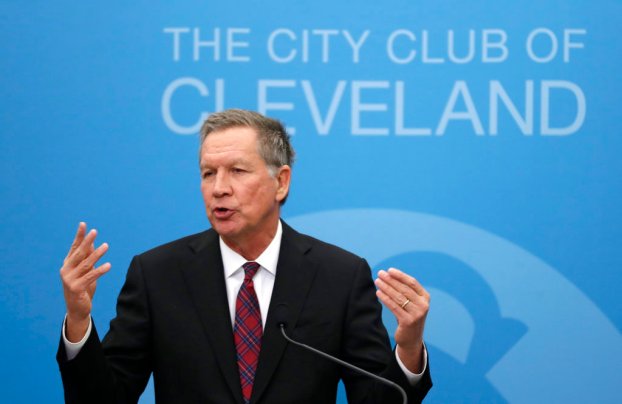 Do deficits matter? Clearly, the White House and a substantial number of congressional Republicans can’t decide. On one hand, they sound like cost-cutting deficit hawks when out on the stump or issuing tweets. But once the TV lights go off, they turn tables to support record spending and deficit-driven borrowing that have left us with an unprecedented burden of national debt — more than $21 trillion today and counting.

So which is it? Do deficits matter or not? Because if they do — and I count myself in that corner — then the U.S. economy and all of us who depend on its well-being are in deep trouble unless we turn things around fast.

It’s a mystery to me why political leaders and commentators who fashion themselves as conservatives could think or act otherwise. For as long as I can remember, increasing deficit spending and national debt topped the list of conservative taboos.

An even bigger mystery is why deficits and debt were not hotly debated in the recent midterm elections. Every other issue, ridiculous or sublime, got a full airing, but the 21 trillion-pound gorilla sitting there in plain sight was ignored by both parties and the media as well.

These issues deserve full discussion. Deficits, debt and their root cause — spending — truly matter. Over the long term, deficit spending is detrimental to economic growth and national prosperity. And as deficit spending continues, its adverse effects add up over time.

When workers, businesses and entrepreneurs use savings to pay for increased government spending and borrowing, that leaves them with less to invest in small businesses or initiatives; less for capital improvements and innovations that enhance productivity; and less to put aside for inevitable downturns or unforeseen events. The bottom-line result is less growth and innovation — and pressure to take on even more debt.

Our ability to restrain spending and thus control the nation’s debt sends an important signal to financial markets that the United States is a stable, welcoming place for job creation and investment. Deficits and debt made inevitable by overspending send a far different message.

So for those of us who believe that deficits matter, what’s our solution? I look back to my days in Congress on the House Budget Committee. As committee chair, I worked with the Clinton White House and leaders in both chambers to hammer out the Balanced Budget Act of 1997, which led to slower spending growth, lower capital gains taxes, lower debt held by the public and some first steps toward controlling entitlement costs. That happened because of good-faith, bipartisan collaboration and some honest political give and take.

Sadly, that bipartisan spirit didn’t last. After a few more balanced budgets, the old problems of deficit spending returned, driven in large part by the costs of nation-building, unpaid-for tax cuts and a continuing failure to address entitlement reform. Controlling spending was no longer a bipartisan goal, and it hasn’t been for all the years since.

The only way to solve our present dilemma and return some fiscal sanity to Washington is for leaders on both sides of the congressional aisle and both ends of Pennsylvania Avenue to rediscover a way to work together on the problems they were sent to Washington to solve.

I know it can be done because I once helped make it happen in Congress, and now we’ve made it work for eight straight years of structurally balanced, cost-cutting budgets in Ohio.

It won’t be easy and it sure won’t happen overnight. But step by step, it can work. Those steps: Do it over time; take out the politics; modernize and, if necessary, privatize government programs; eliminate those not meeting 21st century needs; and don’t let people stuck in the status quo dictate your agenda.

In other words, find ways to provide high-quality, efficient public services at lower costs. That’s something every other sector of the worldwide economy has found a way to do – except a federal government that’s unwilling or unable to act. We did it in Ohio when we dramatically reformed our Medicaid program and cut our spending growth from a 9 percent yearly average between 2009 and 2011 to an average of less than 4 percent from 2012 to 2013 – all without denying coverage to those who rely on it.

Do deficits matter? Of course they do. But maybe we’re asking the wrong question. Deficits matter because they’re a symptom of runaway government spending that weakens investment by businesses and individuals to enhance growth and productivity.

The sooner the White House, both parties in Congress and the American people wake up to that reality, the sooner we can all sleep at night without a $21 trillion debt hanging over our children’s and grandchildren’s heads.

The Senate must defend democracy

Dear Senate colleagues, As former members of the U.S. Senate, Democrats and Republicans, it is our shared view that we... read more