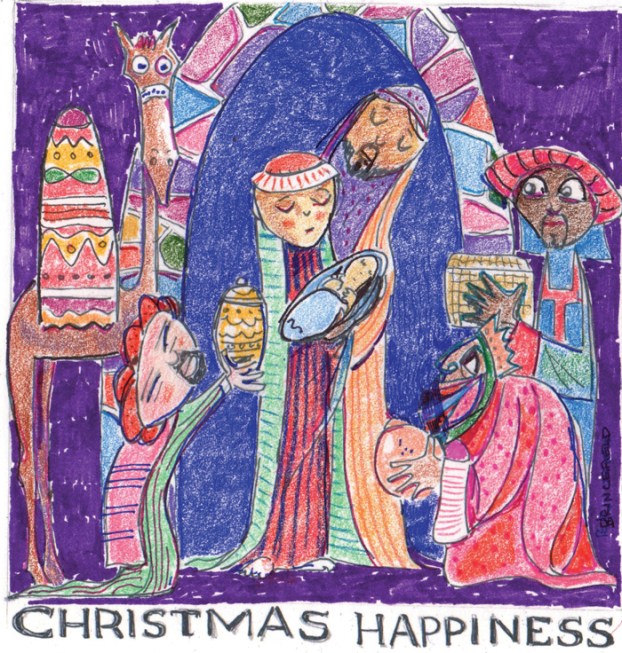 For Georgia resident Vicki Butler, contributing to the Salisbury Post’s Christmas Happiness Fund has always meant a lot — and she’s done so for 13 years.

Butler was born the daughter of J.P. Helms, a director of advertising at the Post. She was raised in Salisbury and graduated from Salisbury High School — then Boyden High School.

During her father’s 30-plus years as advertising director, she said the Post became a staple of her childhood.

She spoke of her father picking her up early from school and taking her around to fellow staff members each year as she began selling Girl Scout Cookies. She recalled knowing each person by name, every floor and desk and office.

“I remember the smell of the Post,” she said, “The old printing press, how employees would have newspaper print all over their hands. They’d wash their hands with gritty, Lava soap. I remember that smell, washing my hands, running up and down the stairs: I have very fond childhood memories of the Post.”

Giving to the fund, therein, offers her a chance to contribute to her hometown through an organization near and dear to her heart.

“Salisbury is still my home. I’m still there every year for Christmas, for Thanksgiving,” he said. “… Giving is something I can do to give back to the people of Salisbury through the Salisbury Post.”

Christmas Happiness supports local children who may not receive gifts for Christmas. The donations are contributed by the community, collected at the Salisbury Post and distributed by the Salvation Army of Rowan County.