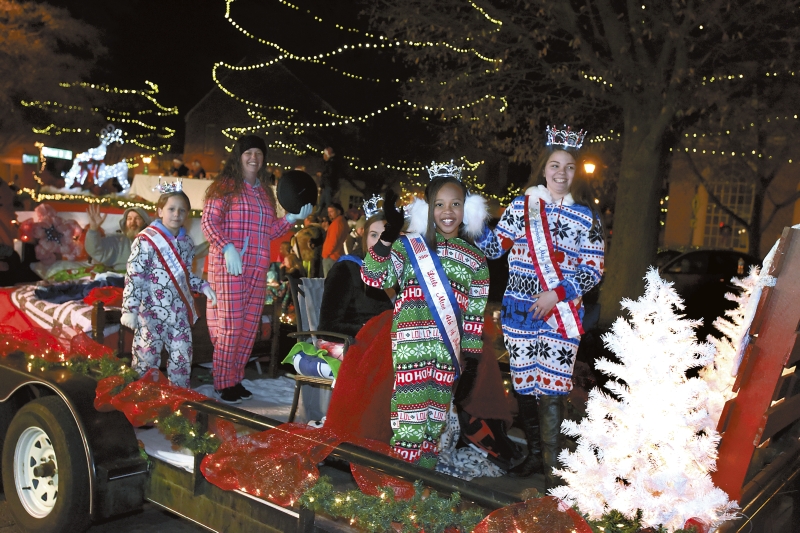 The Bank of NC float of young queens in pajamas in the 2016 Kannapolis Christmas Parade. photo by Wayne Hinshaw, for the Salisbury Post

KANNAPOLIS – So far, predictions of a winter storm have not affected plans for the Kannapolis Christmas Parade to hit Main Street, at 6 p.m. Saturday.

The city sent out a press release this morning saying the parade is still on go.

“After consulting with several meteorologists today, we will proceed with the parade,” the release says. “It will be cold at the start of the parade but sleet and snow are not expected until after midnight in Kannapolis. It will be perfect weather for Santa and his reindeer as they join us from the North Pole. Bundle up, bring a chair and your hot chocolate and enjoy this holiday tradition.”

After the parade, people can visit Santa at the Winterland Express and Festival of Lights at Village Park.

The parade is sponsored by Cannon Pharmacy and the City of Kannapolis. Cash awards will be presented in the categories of bands, churches, civic organizations and schools.