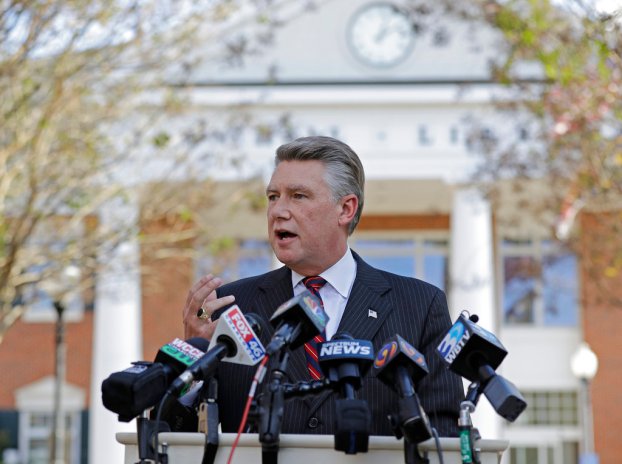 What did Mark Harris know, and when did he know it?

Republicans who have been claiming that voter fraud is rampant finally have their proof — and it’s Republicans who are promoting the fraud. Down in Bladen County, it appears a group of Republican operatives ran a scam to get votes for Republican Congressional candidate Mark Harris while denying votes for his opponent Dan McCready. Judging from affidavits filed yesterday, it appears they requested and collected mail-in absentee ballots to benefit Harris.

Several affidavits mention people receiving absentee ballots that they didn’t request as well as people collecting those absentee ballots and filling them out. A similar scheme seemed to happen in 2016 to benefit Republican candidates like Pat McCrory. Ironically, it was discovered in a hearing to determine whether fraud alleged by McCrory’s campaign really took place. The majority Republican board found no fraud that would have helped Roy Cooper. The incident was documented on an episode of the radio show “This American Life.”

Catawba College’s Michael Bitzer exposed other problems. Bladen County had more than twice the percentage of mail-in as the state as a whole. In addition, far fewer requested ballots were returned in Bladen and Robeson Counties than in other counties, raising the possibility that some of those ballots may have been trashed. In addition, Democrats turned in a plurarity of the mail-in ballots in Bladen County, as they did in every other county in the district, but Republicans receive 61 percent of the mail-in votes, indicating that Democrats got zero unaffiliated votes. That’s possible but not likely.

The man who seems to be at the center of the shenanigans in Bladen County is the same guy who was exposed for dubious activities on behalf of the GOP in 2016. And he was employed by Mark Harris’s campaign consultant, though not the campaign, which leads to other questions. The whole episode stinks.

Bladen and Robeson Counties both have long histories voting irregularities. In 2016 in Robeson County Republicans carried the presidential and gubernatorial contests handily and then lost almost every other down-ballot contest, many by double digits. To put that in perspective, in 2012, Barack Obama won Robeson by 18 points and Democratic gubernatorial candidate Walter Dalton won it by 22. Maybe those 2016 results were valid but they sure look suspicious.

Republicans are demanding the election be certified today. That shouldn’t happen. There are far too many questions. We don’t only need to know if there was fraud, we need to know what Mark Harris knew and when he knew. He won the mail-in vote by suspiciously huge numbers in his primary against Robert Pittenger. Harris received 433 absentee ballot votes and Pittenger only 17. On the surface, it looks very suspicious. Pittenger told a news organization yesterday, “There’s some pretty unsavory people out, particularly in Bladen County. And I didn’t have anything to do with them.”

The election shouldn’t be certified until we have more answers. A central question is what did Mark Harris know and when did he know it? Almost certainly his consultants, who hired the guy who seems to be able to deliver incredibly lopsided results, know something was funny. Fraud needs to be rooted out of Bladen and Robeson Counties with whatever it takes. It’s been going on too long. Certifying the election will almost certainly sweep it under the rug again.

Thomas Mills is a left-leaning political and public affairs consultant.

Goodbye to the quiet president