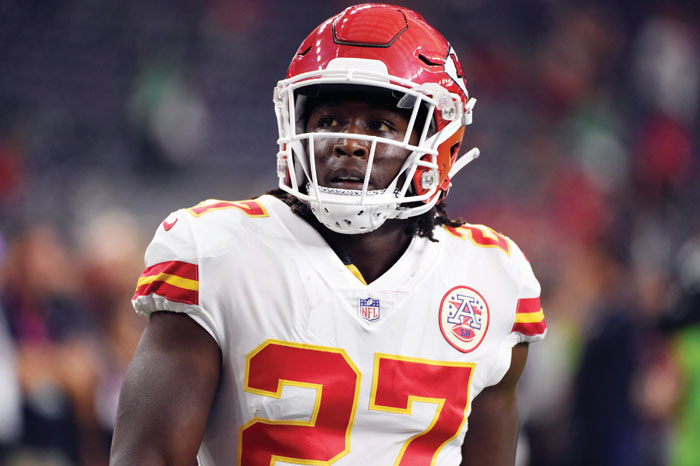 FILE - In this Oct. 8, 2017, file photo, Kansas City Chiefs running back Kareem Hunt warms up for the team's NFL football game against the Houston Texans in Houston. A person with knowledge of the move tells The Associated Press that Hunt appears headed to the NFL's Commissioner Exempt List, sidelining him while the league investigates a video of Hunt striking a woman in February. The person spoke on condition of anonymity because the team had not issued a formal statement Friday, Nov. 30, although one was expected for later in the evening. (AP Photo/Eric Christian Smith, File)