Editorial: Adoption’s the option; get a pet 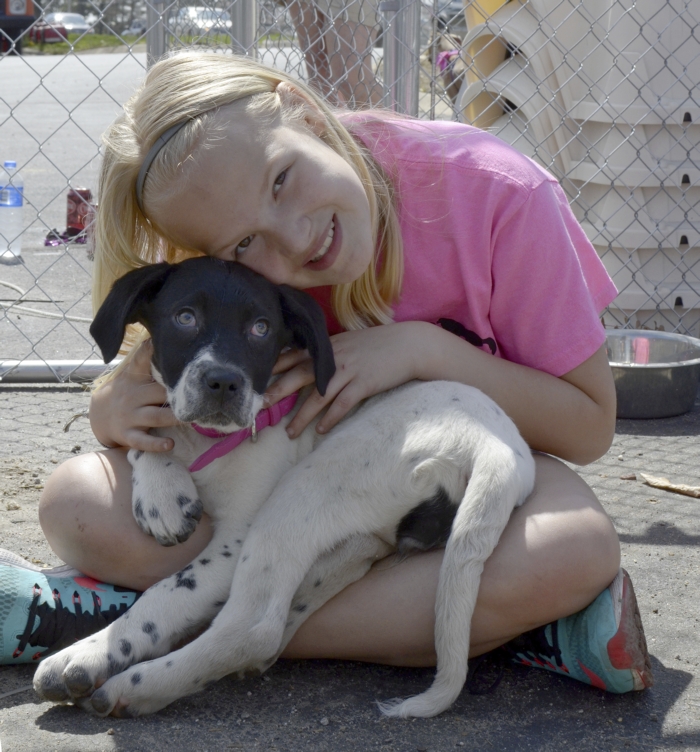 Volunteer Brooke Cunningham poses with Scarlett, one of a litter of rescued puppies on display at a 2015 pet adoption event organized by the Rowan Animal Shelter and Shelter Guardians, a local nonprofit. Post file photo

If you’re considering buying a new pet soon, do yourself, your county and some poor animal a favor. Adopt a cat or dog at the Rowan County Animal Shelter — right now.

Today is one of the periodic discount days the shelter holds to encourage adoptions. This could be your chance to add a loving animal to your household and help address a sad problem.

Everyone has commented on how late the leaves are falling this year due to the extended warm weather. The long summer also has produced a bumper crop of unwanted puppies and kittens. Bob Pendergrass, director of Rowan County Animal Services,  says the animal shelter is near capacity, thanks to ahigher than usual influx of cats and dogs.

It’s an age-old story. According to the American Society for the Prevention of Cruelty to Animals, some 6.5 million animals enter U.S. animal shelters every year, and about 1.5 million wind up being euthanized — 670,000 dogs and 860,000 cats. On the bright side, about 3.2 million shelter animals are adopted nationwide each year, the ASPCA says — 1.6 million dogs and 1.6 million cats.

Rowan’s numbers are much more encouraging. As Pendergrass reported in a Post column earlier this year, the Rowan shelter took in 2,258 dogs and 3,162 cats in 2017 and euthanized only 4.3 percent — 56 dogs and 182 cats. That is an incredible turnaround from the days of old.

No healthy, adoptable animals were killed at the shelter last year, according to Pendergrass. Instead, staff, volunteers and rescuers worked together to find homes for thousands of animals.

Today’s adoption special runs from 11 a.m. to 4:30 p.m. at the shelter at 1465 Julian Road. As the Post reported Tuesday, adoptions are 80 percent off, making the price $16 for animals that haven’t been spayed or neutered and $3 for those that have. The adopted animals are provided vaccinations, a microchip, a free sample of food and, for those that haven’t already been spayed or neutered, a $70 voucher for the procedure.

Local government would not have to be in the business of taking in, caring for and adopting out animals if more people spayed and neutered their pets and took good care of them. The rest of us pay the price, taxwise. But we can also benefit, petwise.