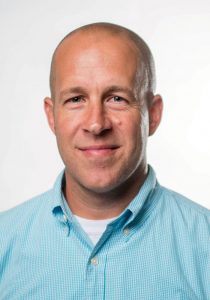 SALISBURY — Kevin Jones will be joining the Rowan-Salisbury Board of Education after defeating Lawrence Bolen in a race to represent the North Rowan area.

The two were running for the seat long held by Richard Miller, former chairman of the school board.

Jones said he felt good and humbled by the vote, and was excited to represent the North area on the board.

“I want to do a lot of learning first,” Jones said of his role on the board. He said he’d like to follow up on the concern Miller raised about the system’s excess capacity. And he said Rowan-Salisbury’s new renewal district status was a “huge opportunity.”

A member of the Spencer Board of Aldermen, Jones will have to resign from that body before he can join the school board. He is serving his fourth term as alderman.

Concern for his children’s education drove his interest in the school board, he said, but so did his involvement on the town board. Many aspects of town life are impacted by school, he said — even house values.

Also on the ballot this fall were incumbents Travis Allen, Dean Hunter and Jean Kennedy, who ran unopposed. They and Jones will serve alongside board members Alisha Byrd, Susan Cox and Josh Wagner. Terms are four years long.

Jones is a business owner and is involved in a nonprofit group, Engage North Rowan, run by his wife.

Bolen is 53 and a retired teacher.