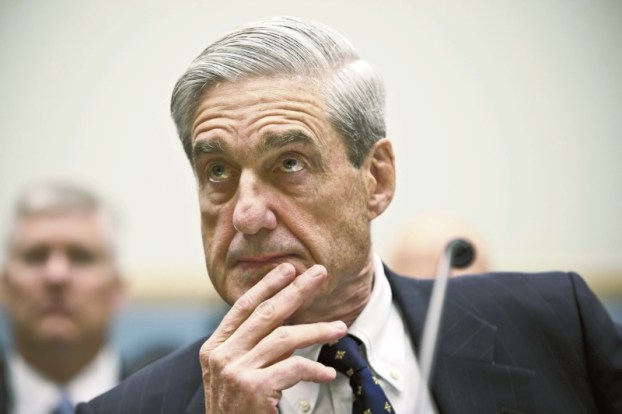 Soon it will be Mueller time

When it comes to news from the office of the special counsel, it has been a quiet couple of months. It appears Robert Mueller has been abiding by the unwritten Justice Department policy of avoiding significant moves in political cases during the two months leading up to an election. After the election, the Mueller investigation may once again take center stage.

Of course, the lull in public action doesn’t mean Mueller and his team have been sitting on their hands. But because grand-jury investigations are secret, little is known about what might be happening. The press and public are left trying to glean information from witnesses who have testified or from obscure court-docket entries with titles like “In re Sealed Case.” But with the election behind us, we soon may be able to rely on more than just speculation.

The Mueller investigation has two areas of primary focus: Russian interference with the 2016 election and possible involvement of members of the Trump campaign; and potential obstruction of justice by the president through such actions as firing then-FBI Director James Comey.

What news there has been in recent weeks has focused on the Russia conspiracy angle, and in particular on former Trump adviser Roger Stone. Mueller’s investigators reportedly have interviewed a number of witnesses concerning whether Stone may have had advance notice of, or perhaps even direct involvement in, the strategically timed release of stolen Democratic emails in the final weeks of the 2016 presidential campaign. If Stone was involved, it could just be sleazy politics — or it could open him up to charges such as conspiracy to defraud the United States through illegally influencing the election.

Stone certainly is not the only one potentially in Mueller’s crosshairs; a number of other senior campaign officials still could end up implicated in a conspiracy with Russians attempting to tip the election to Donald Trump. That could lead to more indictments, or Mueller could conclude that what he has found does not merit prosecution. The end result could be a report to Deputy Attorney General Rod Rosenstein rather than criminal charges.

The obstruction-of-justice front appears less active. It seems Mueller has it largely wrapped up, with the significant exception of any testimony by the president himself. Because proving corrupt intent would be the key to an obstruction case, evidence regarding the president’s state of mind is critical. It would be helpful to hear his version of events, although it is certainly not required.

Mueller has been at this for only about a year and a half. That’s not so long as these investigations go, yet he has already produced substantial results. There are a lot of unresolved issues still on his plate. It has been a quiet couple of months, but that is almost certainly about to change. Buckle up.

Imagine you decide to quit your job. You tell your boss, and he or she thanks you for your hard... read more