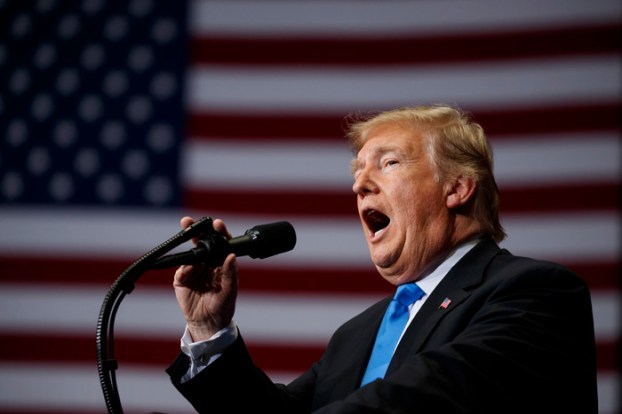 Letter: President has messed up our country and hemisphere

It has bothered me (and many others) that the president has been blaming everyone, including individuals like Soros and all Democrats, in nastiest of terms as causing what he calls the “invasion” of our neighbors to the South. In his usual form, he has given absolutely no proof of any kind that any money was spent to make these minions leave their homes and trek thousands of miles in hopes of entering this country legally, in safety.

But think for even a second as to who might actually be the benefactors of such an “invasion.” The ones topping any list would be none other than the Party of Trump. We all knew that would happen as the NAFTA agreement was killed, which made life more tenuous for the poor and oppressed at our doorstep.

What did Trump and his cronies do to stop it from happening? Nothing. If aid had been given to the tune of 50 percent of what 15,000 troops will cost, if the kidnapped children had been returned, or realistic diplomatic maneuvers had been initiated, we may have been great again as Americans.

Instead, we have to have a lying egomaniac messing up the hemisphere as he has messed up the whole country. All this so he may be “Mr. Nationalist” for his followers.

I have been thinking about the animals of Rowan County and their owners. Who has the smartest animal — dog,... read more