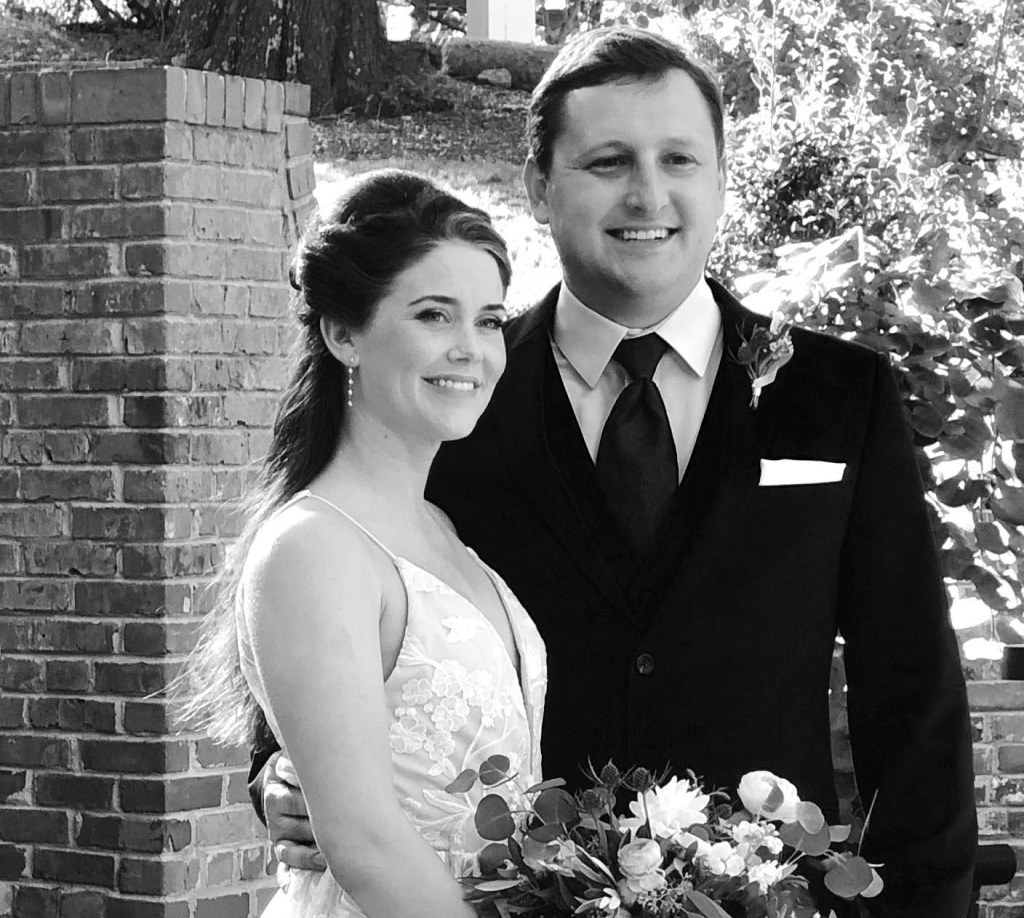 Carrie Evanne Misenheimer and Raymond John Holz, both of Raleigh, were united in marriage Saturday, Oct. 13, 2018, in the gardens of The Gregg Museum of Art and Design on the campus of North Carolina State University. The Reverend Barbara Lodge officiated at the 6:00 p.m. ceremony. A dinner reception and dancing followed at the museum.

The bride is the daughter of Celia and Steve Jarrett and Mark and Shellie Misenheimer of Salisbury. She is the granddaughter of Sue Misenheimer and the late Marvin Misenheimer, and the late Shirley and Raymond Ritchie. A 2006 graduate of East Rowan High School, Carrie earned a Bachelor of Graphic Design and a Masters in Technical Communication from NC State University. She is employed with the Environmental Protection Agency in Research Triangle Park.

The groom is the son of Anne Woodrick of Cedar Falls, Iowa and John Holz of San Diego, Calif. He is the grandson of Carolyn Woodrick and the late Raymond Woodrick, and the late Marion Rosemeck and Max Holz. A 2005 graduate of Northern University High School in Cedar Falls, Raymond earned a Bachelor of Landscape Architecture from NC State University. He is employed with Restoration Systems in Raleigh.

The bride was escorted by her father and given in marriage by her parents. Kelsey Brown of Greensboro served as matron of honor and Emily Mancil of Greenville, S.C. served as maid of honor. Bridesmaids included Alison Davis of Salisbury, Kelley Brackett of Charlotte, and Jennifer Patterson, Katie Kellogg and Shaade Oliveros-Tavares, all of Raleigh.

The couple will make their home in Raleigh.