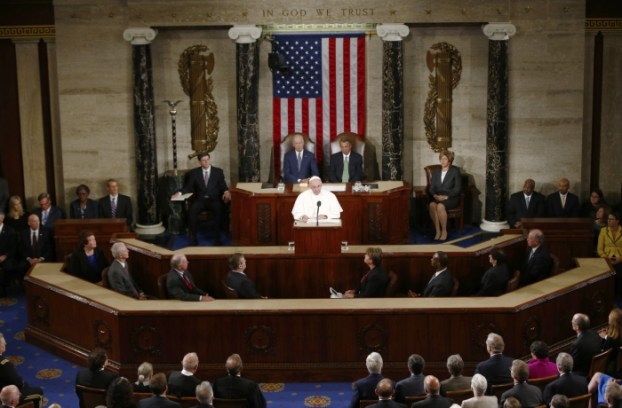 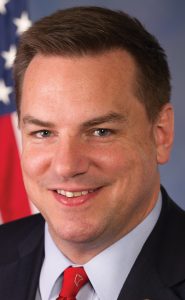 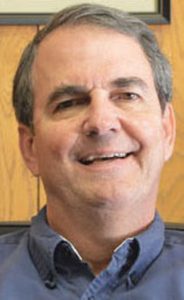 SALISBURY — On the campaign trail for his fourth term in Congress, Republican incumbent Rep. Richard Hudson says he has tried to take a common sense, conservative approach to getting things done since his first days in office.

Hudson represents North Carolina’s 8th District, which includes all of Moore, Hoke, Montgomery, Stanly and Cabarrus counties and parts of Rowan and Cumberland.

Getting things done, he says, involves rolling up his sleeves and advocating for issues important to the community, and he cites recent progress to “to fix the VA and help our veterans get the care they deserve, improve job-training programs so folks can find good-paying jobs and combat the opioid epidemic” as examples of the effort.

But Democrat Frank McNeill, Hudson’s lone challenger on the November ballot, says Congress has been at more of a stalemate than it has been moving forward.

“Too many members are too concerned about partisan politics and re-election, to the point where they are only talking past each other,” McNeil said. “No one seems to be willing to compromise.”

The former mayor of Aberdeen in Moore County says he’s the man for the job, and that he’s willing to work with any member of Congress regardless of party.

Hudson said he was willing to do the same — to an extent. “Although I will never compromise my conservative principles, I am willing to reach across the aisle and work with any Republican or Democrat to get things done.”

Here’s how the two commented on other national issues:

Hudson: “As the son of a public school teacher, I know the importance of education, and I remain committed to making higher education more accessible to our students. …

“I continue to support policies that make it easier for students to pursue higher education, to transform our career and technical education system and to improve job-training programs. I know first-hand how this works because I served on the Board of Trustees at the Rowan-Cabarrus Community College for years.

“President Donald Trump recently signed into law legislation I supported to fund and reform vocational and career-focused education programs. In addition, I have supported legislation to empower students to make smart decisions about student loans and their financial future. For example, I’m a co-sponsor of the Empowering Students through Enhanced Financial Counseling Act (H.R. 1635) to ensure students are able to access financial counseling tailored to their needs throughout their college careers.”

McNeill: “America created the GI Bill to send returning WWII veterans to college. What resulted was the greatest economic expansion in our nation’s history. Currently, Congress and, especially the state legislature here in NC, are dramatically defunding public education. We must reverse those policies by just as dramatically reinvesting in public education.

“I propose expanding broadband internet across rural NC, so our students can learn the skills to compete effectively for 21st Century jobs, and become part of a well-educated workforce able to retain and attract growing industries like solar power production.”

Hudson: “I’m proud to be recognized by leading seniors’ groups, including the 60 Plus Association, for my work to protect Social Security and Medicare and keep our promises to today’s seniors and future generations.

“This year, President Donald Trumps signed into law the Strengthening Protections for Social Security Beneficiaries Act of 2017 (H.R. 4547) to improve protections for the millions of Social Security beneficiaries who rely on a representative payee to administer their monthly benefits. I will continue to work to reform our entitlements and save our vital safety net programs so we can keep our promises to today’s seniors and future generations.”

McNeill: “My opponent voted for a $1.7 trillion tax cut for the wealthiest 1 percent of Americans, giving only small temporary relief to the other 99 percent of us. I would have voted ‘No.’ That tax cut is causing massive pressure to cut Social Security and Medicare. I will fight that.

“I believe the proof is overwhelming that Medicare is the best-run, most affordable healthcare coverage available in America. I want to expand Medicare coverage to protect pre-existing conditions and vote to give Medicare the right to negotiate prescription drug prices, which would dramatically lower costs.”

Hudson: “With more take-home pay and a greater sense of job security, households are on a better financial footing. And that’s helping drive our economy.

“While my opponent has promised to raise your taxes, I believe we can do better. I plan to continue the success of the Tax Cuts and Jobs Act with Tax Cuts 2.0 to cut taxes permanently for all Americans. In addition, I’m continuing to work with President Donald Trump to transform our career and technical education system and improve job-training programs. We’ve made incredible progress — especially with the recent signing of the Strengthening Career and Technical Education for the 21st Century Act (H.R. 2353). I will continue to work to close the skills gap and help equip workers with the tools they need to get good jobs.

McNeill: “Drop these unnecessary and very ineffective tariff policies. According to public stock prices, in the 8th District alone corn prices are down 14 percent, soybeans are down 18 percent and cotton is down 20 percent. This trade war is not working for our farmers and processors.

“I would invest in new technologies — like solar, in which N.C. is already No. 2 nationally — by aggressively recruiting new energy businesses, and offering tax credits and relocation incentives to bring these 21st century manufacturing jobs here to stay. I would vote to reinstitute the federal tax credits for solar, which Congress allowed to expire.”

Hudson: “Health care costs continue to be a big problem, and was made worse by Obamacare. We’ve made some progress – after years of double-digit rate hikes, Blue Cross Blue Shield cited the Tax Cuts and Jobs Act as a factor in lowering rates this year.

“However, I continue to fight for a patient-centered, market-based health care system that prioritizes affordability, quality and choice. I want to return control of health care from Washington back to individuals and families and restore the free market so everyone can access quality, affordable health care options that meet your needs. I will continue to work to make this a priority while protecting coverage for pre-existing conditions.”

McNeill: “I would vote to protect and expand Medicare by fighting for coverage of pre-existing conditions and giving Medicare the right to negotiate lower prescription drug prices. I would work to fix the bad parts of Obamacare, which include giving too much power to health insurance companies to deny coverage and exclude seniors and at-risk children from life-saving procedures.”

Members of the U.S. House of Representatives serve two-year terms.

A chasm in opinion between incumbents and challengers in the race for three seats on the Rowan County Board of... read more