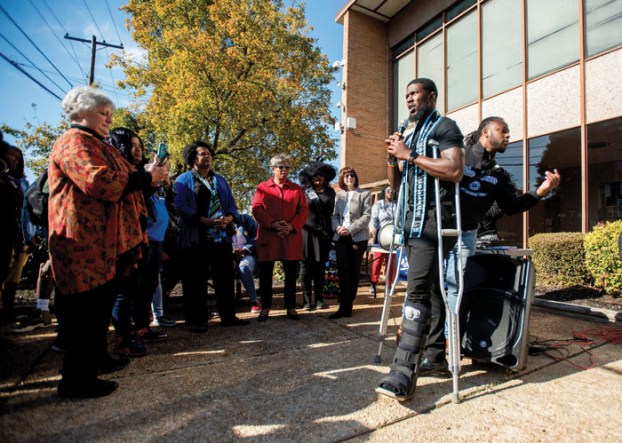 “We’re going to make a difference in the world.”

— Everett J. Ransom, a Livingstone College senior, speaking at a Rock the Vote rally that provided shuttles to take students to cast early ballots in the Nov. 6 election

“They’re much taller than me. I had to get used to that, but now I don’t have to ‘bring down’ my conversations, as I used to.”

— Mike Wimmer, a member of the high-IQ group Mensa, on what it’s like to be a high school freshman at the age of 10

“Everything is good, but the icing is awesome.”

— Judy Clippard, an F&M Bank employee who joined co-workers and retirees to make oatmeal-creme cookies to go into gift bags as a fundraiser for Relay for Life

— Carolyn Parsons, mother of Erica Parsons, on the delay in setting a trial date for the adoptive parents charged with murder and child abuse in Erica’s death

— Melissa Shue, who was diagnosed with breast cancer in June and has been undergoing chemotherapy, with the prospect of surgery ahead

“In a time of national division, events like these remind us that we’re not so different after all.”

“I didn’t expect to even get my money back.”

The N.C. Department of Environmental Quality is developing a Clean Energy Plan to encourage the use of wind, solar and... read more