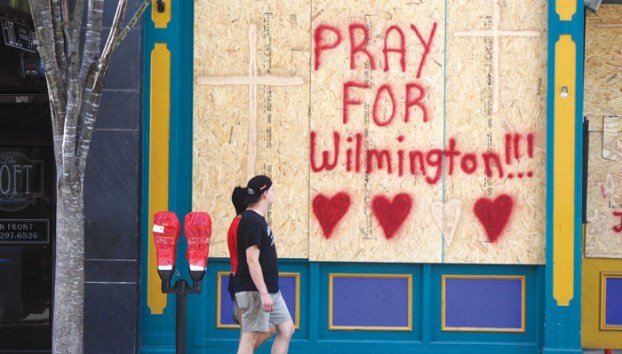 Hurricane path depends on us

Since 1954’s Hazel, the state had weathered storms fairly well. That luck has run out over the past few decades.

1. Do we think that experiencing three major-flood-producing hurricanes in 20 years is a “new normal”?

2. If yes, based on what we’ve seen since 1999, should we try to mitigate potential destruction and loss of life?

Folks near the coast have always lived with the threat of hurricanes. Certain steps were taken to reduce the impact should one strike. But we felt that the odds were on our side, and that the risk was manageable.

Since Hazel in 1954, each hurricane season — for the most part — would end up dealing us a good hand. Sure, there were a few times we didn’t win, but our losses were minimal. The odds were working nicely in our favor. Then we started drawing bad cards — specifically Fran, Floyd, Matthew and Florence. We did have a few aces up our sleeves — some beefed-up building codes; better storm forecasting, which allowed for better and earlier preparation; and counties and municipalities that had become more proactive in both hurricane preparation and response.

But those trump cards were not enough. We’ve been losing badly.

Try as we might, we can’t predict the future. But we still plan for it, making at least an educated guess and weighing risks. For a while now, scientists have warned that stronger, wetter and slower-moving hurricanes would be more common and cause more flooding. Plenty of people — politicians included — have responded with a big “phooey.”

That’s really at the heart of the first big question: Scientists say our odds are steadily worsening, but doubters aren’t buying it. They see no need to do things the experts say could improve our odds. They are reluctant to change where and how we build houses, roads and sewer systems.

So who to believe? We would suggest that we can’t move forward proactively and effectively until we answer that question.

And even if there is a consensus that our hurricane odds are worsening, that doesn’t guarantee N.C. residents and political leaders will act. Furthermore, if there is a willingness to act to mitigate storm damage, what should we do and how will we pay for it?

RALEIGH — Where is the best place to find good employment opportunities in the technology industry? According to a new... read more