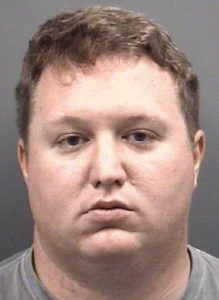 SALISBURY — A former teacher at Carson High School faces new sex-offense charges after Rowan County investigators determined that he sent and received inappropriate images of a 15-year-old Kentucky student he met at a Presbyterian church camp.

On Monday, the Rowan County Sheriff’s Office charged Jason Thomas Dellinger, 30, of the 200 block of Corriher Grange Road, Mooresville, with two counts of felony third-degree sexual exploitation of a minor.

Authorities seized Dellinger’s computer and other electronic devices in August when he was charged with having inappropriate conversations and email contact with students. Investigators then found text messages between Dellinger and a teenage boy in Kentucky.

Officials said Dellinger is also accused of using the social media app Snapchat to exchange nude photos with the teen.

The teen was never a student at Carson, investigators said, and he met Dellinger at a Presbyterian church in North Carolina in 2014.

Dellinger was released from the Rowan County Detention Center on a $10,000 secured bond.

SALISBURY — After months of discussion, the Salisbury City Council members approved a new set of rules of procedure that... read more