A low-cost way to beat poverty 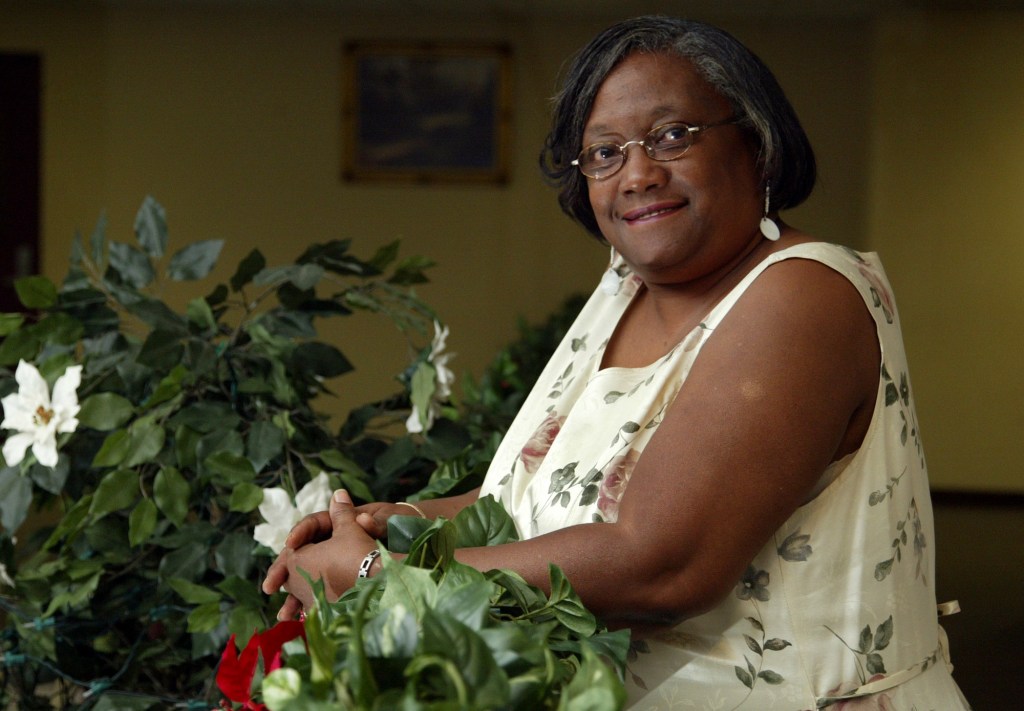 Alline Anderson is shown at Metropolitan Baptist Tabernacle in Flint, Mich., where she works as a receptionist. The 58-year-old mother of four qualified for the federal earned income tax credit, or EITC, a break that gives tax credit back to low-income workers. (AP Photo/Al Goldis)

As a policy, the earned-income tax credit does not arouse many passions on either side of the political divide. Unlike the $15 minimum wage or Medicare for All, it lacks a popular grass-roots campaign. Unlike a federal job guarantee or free college, it isn’t a key plank of democratic socialist platforms. And unlike universal basic income and social wealth funds, it isn’t the darling of wonks who think deep thoughts about the future of capitalism.

Instead, the EITC is a humble program with a wonky name, cobbled together by economists to provide a targeted mix of work incentives and income support. The goal of the EITC is not to ensure the dignity of work, restore the middle class or transform the capitalist system; it is simply to lift poor people out of poverty as quickly and effectively as possible.

The program works like this: If you earn nothing, the EITC doesn’t pay you anything. But as you start to earn money, your EITC payment increases. In other words, the government is paying you to go earn your own money. The program is designed mainly to help working parents, so the amount the government pays you to earn each dollar depends on the number of children you have — if you have one kid and you’re filing taxes as the head of household, you get about 34 cents for every additional dollar you earn, while if you have three or more kids, it’s about 45 cents.

Obviously, this income subsidy has to have some limit, or the program would be incredibly expensive. As your income goes up, the EITC eventually tops out and hits a plateau. Then at some point the credit declines as you earn more, eventually disappearing as you reach a middle-class income level. So at low levels of income, the EITC is a work incentive, which then transforms into an income-support policy as people earn more — just the kind of ugly-but-effective, jury-rigged program that technocrats love.

And it is effective – studies show that the EITC substantially boosts the employment of single mothers, increases their wage growth years down the line, improves their health and that of their children, and improves their children’s educational and employment outcomes. Economists Hilary Hoynes and Ankur Patel estimate that in 2013, the income provided by the EITC and its cousin, the Child Tax Credit, lifted 9.1 million Americans out of poverty. When the added work incentive is factored in, the number of people lifted out of poverty almost doubles. This is in addition to the tens of millions who benefited from the program without escaping the official poverty line.

The cost of these wildly successful programs to the taxpayer is about 3 percent of federal spending, or 0.7 percent of gross domestic product – not a small sum, but not exactly breaking the bank. And of course, by prompting more unemployed parents to enter the workforce, the EITC boosts the size of the economy, making its true cost less than the sticker price.

Given this success, it makes sense to expand the program. That’s exactly what Senator Sherrod Brown and Representative Ro Khanna, both Democrats, are now proposing. Their plan would approximately double the maximum EITC award for households with children. The Brown-Khanna proposal would also substantially increase the EITC for childless poor people, who would get a credit similar to what a parent of one would receive today. The total additional cost would be about $140 billion a year, or about 3.4 percent of 2018 federal spending.

Given the EITC’s proven track record of success, doubling down on the policy seems like an obvious move with little risk and limited cost.

But an even more ambitious proposal — suggested by economist Arindrajit Dube on Twitter — would be to combine the EITC with a modest version of a basic income. This idea would simply start the EITC payments at an amount greater than zero.

This isn’t a universal basic income, as some have called for – instead, it’s a basic income only for the poor. It maintains some of the work incentive of the EITC, while giving support to people who for some reason — disability, say, or extenuating family circumstances – simply can’t work.

Either a proposal like this or the Brown-Khanna version would be an excellent way to expand the social-safety net. It would not fundamentally change the economic system, but it would provide humanitarian relief for the most destitute of Americans while encouraging work and thus increasing the size of the economy. As soon as the U.S. elects leaders who care about lifting more people out of poverty, they should implement one of these ideas right away.

Smith, formerly an assistant professor of finance at Stony Brook University, is a Bloomberg Opinion columnist.

We must treat mental health, bodily health the same