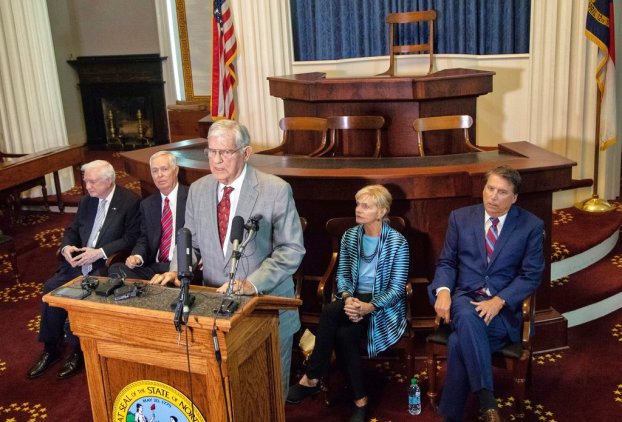 There’s room for improvement in the way this country applies justice, but giving the North Carolina legislature more power over judicial appointments would hardly be a change for the better.

Under the state Constitution, the governor has the power to fill judgeships that come open between elections. A constitutional amendment proposed by the legislature sets up a process by which lawmakers would narrow a field of nominees to two, and the governor would have to appoint one as judge — even if he or she had no confidence in either nominee.

When a panel of legislators and party officials gathered in Salisbury last week to debate the amendment, Republicans argued that the proposed new method would improve the diversity of the courts and make the process less partisan.

These were surprising arguments, considering the Republican majority voted to put party labels back on the ballot for judicial candidates this year. And while it’s nice to hear people advocate for diversity, their actions mean more. The current legislature’s track record in this regard is not strong, unless by diversity they simply mean more Republicans.

Beverly Perdue’s 11th-hour appointment of staff members to special Superior Court judgeships at the end of her term as governor was mentioned as grounds for the amendment. Unsaid was the fact that Republican lawmakers took care of those appointments almost immediately by legislating the judgeships out of existence — no constitutional amendment necessary. By the way, the people thus removed were a diverse group in important  ways — black and white, male and female. But they were not Republicans.

Party power, after all, is the impetus for this effort. The Republican majority’s push to weaken the governor, rein in voting rights and otherwise further their dominance have been found unconstitutional by the courts several times in recent years. Rather than recognize their mistakes and change direction, GOP lawmakers are now trying to change the courts and the constitution — starting by giving themselves more power over judicial appointments.

Lawmakers portray themselves as more accountable than the governor because they face re-election every two years, while the governor is in office for four. The governor, however, is elected statewide, not by districts scientifically carved out to favor the majority party.

As the ruling majority — Republican and Democrat — has proved through the ages, the N.C. General Assembly has plenty of power; the legislature doesn’t need the governor’s powers, too.

Five former governors and six chief justices of the state Supreme Court oppose this effort to wrest powers from the office of governor. Their longterm wisdom and experience should mean more to voters than lawmakers’ obvious and immediate thirst for power.

A selection of quotes from Post stories over the past week: “If you don’t work with them now, you will... read more