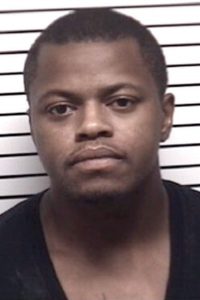 MOORESVILLE — A Mooresville man was charged with striking a woman and her child with a vehicle, then driving away.

Omar Anthony Coleman, 22, of White Oaks Road, Mooresville, is being held on multiple charges under $26,000 bond.

Deputies with the Iredell County Sheriff’s Office responded to a report of a possible carjacking Thursday at the northbound ramp of Langtree Road on Interstate 77.

A witness who was following the suspect vehicle gave a description of the suspect. Deputies and detectives arrested him within minutes on Bridges Farm Road near Mooresville.

Investigators determined that a vehicle driven by a woman was struck in the rear by Coleman’s vehicle. When the woman tried to call 911 to report the accident, Coleman asked her not to because he had outstanding arrest warrants. When the woman refused, Coleman assaulted her, took her cellphone and got back into his vehicle.

Several eyewitnesses stopped to help the woman and tried to block Coleman’s vehicle, but he put the vehicle in reverse and drove with the woman partially in his driver’s side door. The woman’s 7-year-old son got out of her vehicle and ran toward his mother. Coleman struck the victim, the child and another person with his vehicle and drove away.

Iredell County EMS treated the mother and child for minor injuries. They were taken to a local medical clinic for evaluation.

Coleman was charged with three counts of assault with a deadly weapon, common law robbery and interfering with 911 communications.

Coleman was taken to the Iredell County Detention Center and issued a $25,000 secured bond. He was also served with an outstanding arrest warrant on charges of failure to appear in court on a drug possession charge. He was given a $1,000 secured bond on that charge.

MOORESVILLE — A Kansas man is being held on $25,000 bond in connection after authorities intercepted a package that contained... read more