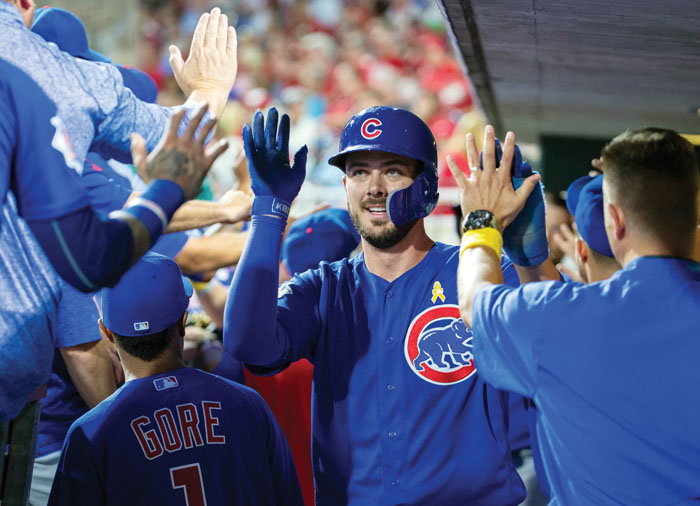 Chicago Cubs' Kris Bryant, center, is congratulated after scoring on a triple by Kyle Schwarber during the third inning of a baseball game against the Philadelphia Phillies, Saturday, Sept. 1, 2018, in Philadelphia. (AP Photo/Chris Szagola)