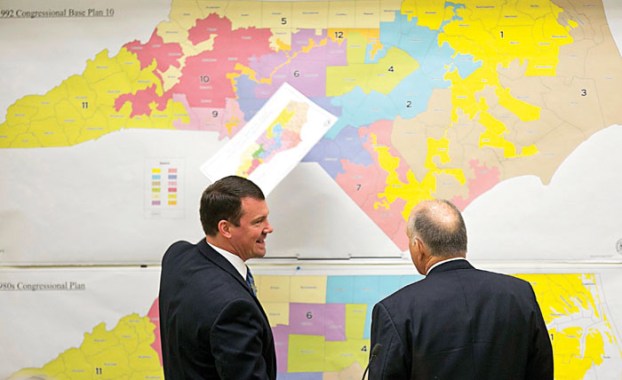 Other Voices: Why not try fair districts?

“North Carolina Is Ordered to Redraw Its Congressional Map”

“North Carolina Is Ordered to Redraw Its Congressional Map”

You’re not seeing double and it’s not a typo. These are headlines from Jan. 9 and Monday after a special panel of federal judges decided for a second time that the state’s congressional districts are unconstitutional due to excessive partisanship.

It was not clear what impact the ruling might have on the general election. The field for the election is set, with early voting beginning Oct. 17 and Election Day on Nov. 6. In its 321-page opinion, the panel did not rule out requiring the Republican-controlled General Assembly to redraw the map for this election. The decision also raised the possibility of letting the general election serve as a new primary for the congressional races, then holding a special election for the final vote. …

But it’s not just the Republicans. Although computer technology has helped the GOP master the art of the gerrymander, Democrats laid the foundation when they controlled the legislature, making it difficult for them to claim any ethical high ground. And if the Democrats were to win back control of the legislature, we have no doubt that they would return the favor. …

In 2010, seven of the state’s 13 House seats were held by Democrats. Republicans won control of the General Assembly that year and redrew the map. The next election flipped the advantage to the Republicans, giving them a 9-4 edge. A redrawn map in 2016 — the one now at issue — made it a 10 to 3 advantage and only a few of those districts are actually competitive.

The smoking gun is this admission by Rep. David R. Lewis, a state representative from Harnett County, who helped lead the 2016 redistricting:

Want to keep our election process out of the courts? We do too. So here’s an idea — draw a map that is so obviously fair and so faithful to the ideal of representative democracy that anyone calling it unconstitutional would get laughed out of court.

Other Voices: Don’t obscure a tragic death in partisan politics

The death of Mollie Tibbetts is a tragedy, and it’s one that highlights important concerns about this nation’s immigration policy,... read more