Letter: Vandalism deserves to be condemned 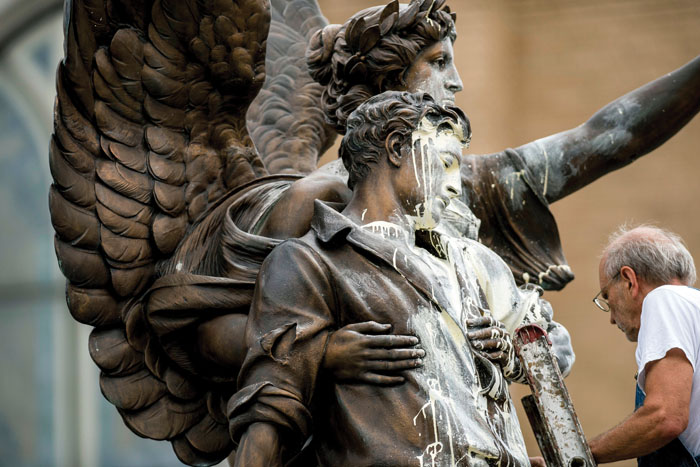 Our mayor erred greatly in her response to recent events regarding the vandalism to the Confederate memorial. What she chose not to say is my issue. By refusing to condemn the attack on the monument she gave implied consent for the action. Her “benign neglect” gave the green light for anyone considering similar actions for whatever reason or cause.

I empathize with both sides in this delicate controversy. Two days after our downtown event, an angry mob attacked and destroyed a similar statue on the grounds of America’s oldest state university. Gov. Roy Cooper, an outspoken advocate for the removal of all Confederate statues from public property, nevertheless decried the willful destruction of property and did so publicly.

Mayor Heggins, you should do the same thing. Please use your position and influence and denounce the use of such violence and willful destruction of property whether public or private

Over half a century ago, Dr. Martin Luther King Jr showed us how to achieve social change through persistence and non-violence. I feel he would disapprove of any actions similar to what happened here recently. It is the right thing to do. Mayor Heggins, to without such condemnation only encourages more of the same.