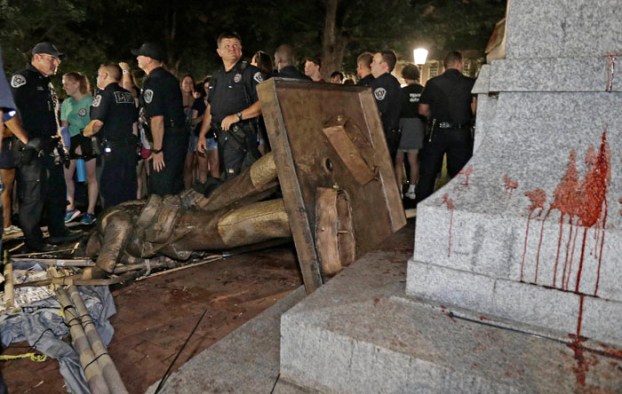 Letter: They gave everything

I am writing to, say that my heart aches to see the Confederate statue on the campus of the University of North Carolina pulled down because some people think it is a racist symbol. The statue there and the one that sets on West Innes Street are not symbols of racism; they are symbols of those who gave not only their lives, but also their fortunes to preserve the same Constitution that the U.S. government was honoring. It wasn’t against the law for any state to secede from the Union. There were more years of slavery under the U.S. flag than under the Confederate flag.

During the Revolutionary War, all 13 colonies had slaves, and it was a part of this new country. No, it wasn’t right to enslave anyone, but that is what was going on with in the USA at that time. You can’t judge history by today’s standards, because people back then  looked at things differently.

We need to leave these statues alone and look to them as a reminder of the past and never repeat those events again. The old saying is, never forget history, for you may repeat it again.

Letter: Not a general