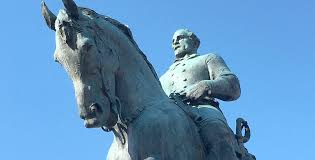 Letter: Not a general

Honoring a Confederate general as a great leader is not the same as memorializing a Confederate veteran for his service. Those soldiers that died in the Civil War for the South were American veterans, and they fought and died so they could protect their homes, their crops and their families.

Less than a third of whites in the South during the time owned one or more slaves. Stop trying to prove the one million soldiers of the Confederate Army had a hive mentality and were all slave owners and wanted to be able to keep slaves. It’s just not true.

The statue of Fame in downtown Salisbury is a memorial to the men who died, not to a slave-owning general. Whitewashing history isn’t going to solve anything.

I propose that Fame, the statue, remain in its present location with a new dedication, ceremony and plaque declaring the... read more