Different views on monuments, but ‘in the same boat’ 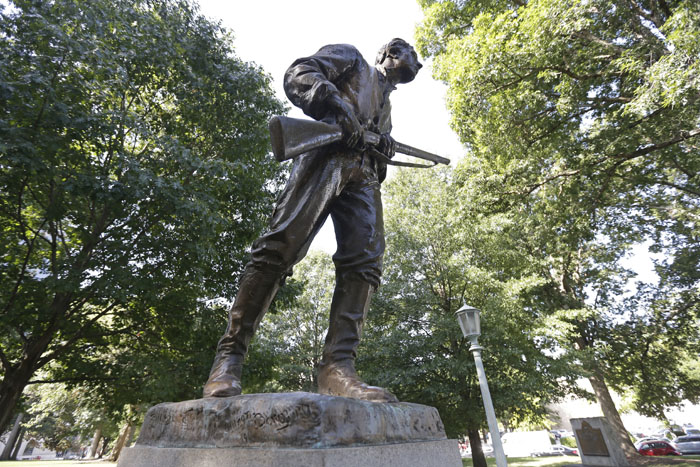 From news reports about the N.C. Historical Commission’s vote concerning Confederate monuments on the Capitol grounds in Raleigh:

“It is time for North Carolina to realize that we can document and learn from our history without idolizing painful symbols,” Gov. Roy Cooper said in a written statement.

“The actions that toppled Silent Sam bear witness to the strong feelings many North Carolinians have about Confederate monuments. I don’t agree with or condone the way that monument came down, but protesters concluded that their leaders would not — could not — act on the frustration and pain it caused,” Cooper said.

“I acknowledge, too, those who believe these monuments should stay as they are because they symbolize our history,” Cooper said. “But they are just one part of our history.”

Valerie Johnson, chairwoman of the N.C. African American Heritage Commission, said relocating the monument “is not erasure but an act of revelation,” she said. “It is reimagining citizenship in a more truthful and inclusive way.”

Commission member Chris Fonvielle said the state cannot change history or right past wrongs by attempting to replace it or by toppling  monuments.

History should be used to teach and inspire, not to wage cultural warfare against one another, Fonvielle  said. “We may have arrived in America on different ships, but we’re all in the same boat now.”