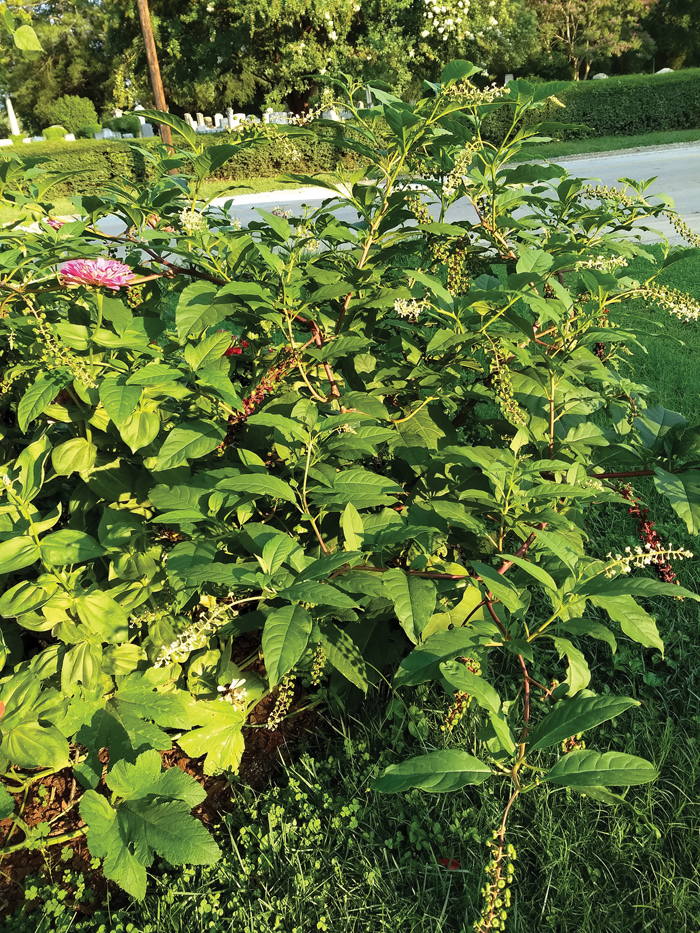 The ubiquitous pokeweed is one of the few true North American weeds.

If you have lived in the south for any amount of time you have experienced one of our premier summer southern weeds, pokeweed or pokeberry (Phytolacca americana). It’s a perennial rogue weed that can easily reach more than six feet tall and is found almost anywhere its seed can be scattered.
The heavily foliaged plant is one of the few weeds that originated in the United States and not from Asia or Europe.
The foliage gives way to showy, dark purple berries in late summer. Early settlers boiled the young spring shoots as a food source and the berries were used for ink. The settlers consumed the weed as a food source, or as a medicine utilizing the poisons to kill internal parasites. The plant leaves and berries are poisonous and considered a noxious weed for this reason.
However, birds readily consume the ripe berries, hence the widespread distribution of the plant. The weed is found in all but six midwestern states.
Even though the plant is considered a poisonous, noxious weed, the plant does possess some ornamental qualities. The weed is featured in the world-renowned Kew Gardens in London, England, as an ornamental specimen.
The plant is even featured in a Tony Joe White song from the late ’60s titled “Poke Salad Annie.”