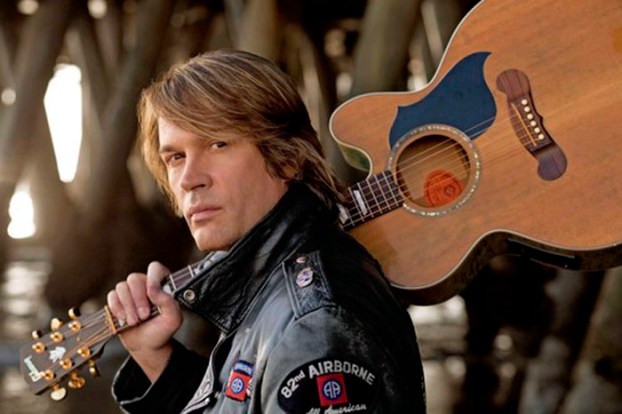 Jesse’s Ride and Run for sufferers of PTSD will be held Sept. 22

ROCKWELL — Jesse’s Ride and Run, whose proceeds benefit sufferers of post-traumatic stress disorder, is gearing up for another year.

The event will be held Sept. 22 at Organ Lutheran Church, 1515 Organ Church Road. The ride’s “poker run” will start and end at the church with stops in between. Maps of the ride route will be available at the registration desk.

“We invite any road-worthy vehicle to participate,” said the Rev. Carlin Ours, pastor of Organ Lutheran. “The ride is not limited to motorcycles.”

Registration starts at 8 a.m. Sept. 22. The “Shive Shuffle” 5k run will begin at 9 a.m. The 4.1-mile route also begins and ends at the church. Participants are being encouraged to walk or run in the 5k.

An opening ceremony for the ride will begin right after the start of the run. The ride starts with first bikes/vehicles out at 9:50 a.m. and other groups leaving every 30 minutes afterward.

Anyone who registers as a rider or runner will receive a meal and a chance to win $100 for the high poker hand from the poker run. Registration is $25.

This year, nationally known country singer Rockie Lynne will be the main entertainment.

School groups are welcome and get discount admission prices. Anyone who has show cars/bikes, antique cars/bikes or any other unique or military-style vehicle is welcome to display them.

“We are still looking for corporate sponsors to help offset the price of the event or who can donate door prizes,” said Ours, pastor of Organ Lutheran Church.

All proceeds go to Honor One, a charity providing help to military, fire, police and first responders suffering with PTSD.

“So far Jesse’s Ride and Run has raised enough money to help about 10 folks,” Ours said.

Jesse’s Ride and Run is in honor and memory of Army Spc. Jesse Ray Ours, the late son of the pastor.

Ours  was a member of the South Rowan JROTC unit. In July 2007, he enlisted in the N.C. Army National Guard and attended basic training and infantry training at Fort Benning, Georgia.

He was an infantryman in the National Guard and served with the 120th Combined Arms Battalion stationed in Whiteville.

The unit was activated and sent into combat in Iraq in 2009.

“Jesse and his unit lost several members while deployed, doing and witnessing things that no one should,” Carlin Ours said. “However, this is the reality of war. Many of the men in this unit still struggle with the effects of PTSD.”

Since Jesse’s death, his family has sought a way to help others suffering with PTSD, leading to the ride and run.