Two suspects in custody, one still at large in connection to Friday’s double homicide 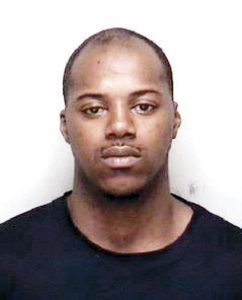 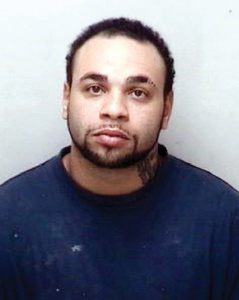 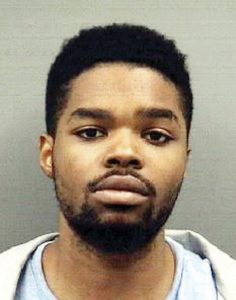 SALISBURY — Two of three men wanted by authorities in connection to a double homicide Friday afternoon in a Salisbury park were arrested Sunday morning and are in custody at the Rowan County Detention Center.

A third person of interest still wanted in connection to Friday’s homicides is Willie Earl Williams Jr., 32, of Salisbury.

On Saturday, Salisbury Police released the names and photographs of the suspects and the identities of the victims, who were 40-year-old Sabrina Annette Curzi and 34-year-old Darryl Allen Wright.

The double killing happened around 4 p.m. Friday at Town Creek Park in the 700 block of East Monroe Street, not far from the Salisbury Civic Center.

Police said the shooting occurred during what appeared to be a picnic gathering of people at a gazebo in the park. Reports said three men left the scene after the shooting in a dark, mid-sized car.

According to arrest reports filed Sunday in the Rowan County Magistrate’s office, the common law robbery (felony) and assault charges against Black and Powers come in connection with stealing a $100 cellphone and beating a man at the park scene.

The Post is withholding the identity of the man assaulted. The arrest narrative says Black and Powers hit the man about the head and shoulders with glass bottles, and punched and kicked him repeatedly around the torso.

While being processed Sunday morning, Black also was charged with felony larceny from a person, carrying a concealed gun and possession of a firearm by a felon in a case from Guilford County that happened Feb. 17.

Greensboro Police had an arrest warrant for Black that said he stole a pocketbook and $478 in cash from a woman, using a gun.

According to reports, Black had been convicted of felonious carrying a concealed gun on July 15, 2015, in Rowan County District Court.

He received 69 days active time in jail and 24 months supervised probation for that offense, reports said.