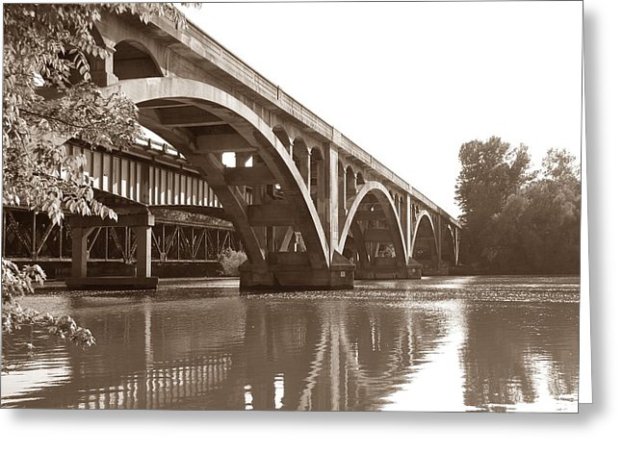 The historic Wil-Cox Bridge is to be part of Yadkin River Park.

Week in review; Test your nose for local news

1. A groundbreaking will be held Monday morning for a project that will turn the Wil-Cox Bridge area at the Yadkin River into a destination for bikers, walkers and nature enthusiasts. Who actually owns the 1924 Wil-Cox Bridge, one of the links between Rowan and Davidson counties at the river?

2. This past week, Rowan County officials celebrated something new at Mid-Carolina Regional Airport. What was it?

A. A new hangar capable of holding three jets

B. A new conference room with video-conferencing capabilities

C. A taxi service dedicated to getting people to and from the airport

D. A new canteen inside the airport terminal

3. Daniel Billings, a steeplejack who says he talks to the angels when he’s at work high in the air, is currently repairing and refurbishing the steeple at Organ Lutheran Church. What state does Billings call home?

4. Piedmont Floral Galleries in Rowan County offers popular classes, which sometimes attract out-of-state participants, in the art of making what?

5. As construction on a new downtown park, Bell Tower Green, gets set to begin, what already has surfaced as a problem for neighboring churches, Rowan Public Library and the Salisbury Post?

B. Loss of off-street parking

6. Despite a serious motorcycle accident in June, a recovering Martin Rogers was able to watch kids participate in a fourth annual football camp that he and he wife, Erin, founded. What is that football camp for kids called?

7. The Piedmont Players Theatre’s production of “Avenue Q” is now showing at the Norvell Theater. The unusual stars of the show are what?

8. The town of Faith has received a $49,500 grant from state legislators to do what?

A. Install a new bathroom at Town Hall

B. Build sleeping quarters at the fire station

D. Build a permanent stage at the Faith School Ballpark

9. What was the name of the well-known restaurant in Enochville that was destroyed by a fire last Monday night?

B. West Side Café

10. Rowan County recently sent a six-person “junior” team to Raleigh to demonstrate its skill in what state contest?

ROCKWELL — Daniel Billings is a character, and he’ll tell you so. He’s cocky, a late bloomer and an author.... read more