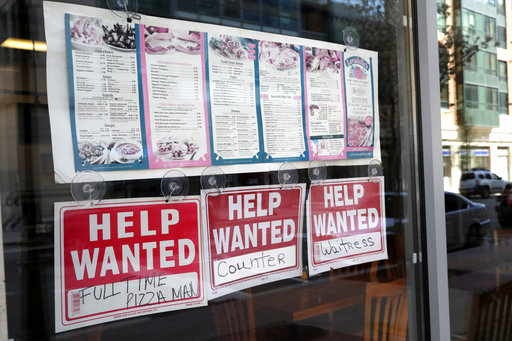 RALEIGH — Hickory has a labor shortage. Given our state’s recent economic history, that claim may sound incredible. But it’s true.

Not so long ago, the metropolitan area anchored by Hickory, Morganton, and Lenoir had the weakest labor-market conditions in North Carolina. At its peak in January 2010, the headline unemployment rate hit 15.3 percent in the Hickory metro. That’s the highest rate experienced by any North Carolina metro in many decades. The only one that came close was Rocky Mount’s 14.8 percent in February 2010.

By May 2018, however, the Hickory region had a jobless rate of 3.3 percent — one of the lowest in the state. It is so low, in fact, that it should really be considered below what might be called “full employment” (which does not mean zero-percent joblessness, as there will always be people between jobs in a healthy labor market).

In other words, there’s now a labor shortage. Jim Studdard, director of operations for the Tenowo Nonwovens plant in Lincolnton, described it to the Hickory Daily Record. “In today’s business world,” Studdard said, “everybody’s challenge is to find the right employee, and with a low unemployment rate it’s next to impossible.”

When North Carolina’s economic indicators draw the attention of politicians or the press, the context is often partisan. Republicans point to indicators suggesting an uptick in growth since 2013, when the GOP-majority legislature and then-Gov. Pat McCrory began a concerted effort on regulatory, tax, and budget reforms. Democrats point to other indicators suggesting that North Carolina’s recovery from the Great Recession has been markedly weaken than recoveries from other modern recessions.

As North Carolina State University economist Mike Walden observed in a recent study of the period, neither side is making up its talking point out of whole cloth. Both are citing accurate statistics — just not the same ones or in the same way.

Judging whether public policies or other factors are primarily responsible for economic events is exceedingly difficult. Scholars are still debating the causes of the Great Depression, and the extent to which different phases of the New Deal of the 1930s served to inhibit or hasten America’s recovery from it.

You can’t just eyeball the numbers and draw definitive conclusions. You have to create statistical models that adjust for a variety of factors, and then try to determine the relationship between public policies and economic outcomes. As I have reported many times, most studies of this kind, published by scholars in peer-reviewed journals, conclude that states with higher taxes and heavier regulatory burdens grow more slowly and add fewer jobs than do otherwise comparable states with smaller governments. On the other hand, most studies do not find that public expenditures are associated with stronger growth.

The research isn’t unanimous, however, and I don’t expect progressives to give up their argument against conservative governance anytime soon. Over the most recent 12 months of data, for example, North Carolina’s economy has added about 103,000 net new jobs. That’s the fastest rate in the Southeast and eighth-fastest rate in the country. In response to this observation, progressives would argue that North Carolina employment would have experienced even faster growth if the state had spent more money on public services, even at the cost of higher taxes.

Set aside the partisan argument and ponder what I started this column with: the Hickory metro’s dramatic turnaround. Not so long ago, it wasn’t irrational to be pessimistic. The manufacturing base had been hollowed out. Jobs were hard to get. People were choosing to live elsewhere.

And now? Employers through the Catawba Valley are actively recruiting workers from elsewhere with offers of free job training, signing bonuses, and help finding homes. The big problem is a labor shortage.

Remember that the next time someone claims to know precisely what is happening across our complex economy, and what will happen in the future. They can’t possibly know for sure. And they ought not to base expensive and intrusive government policies on their potentially faulty guesses.