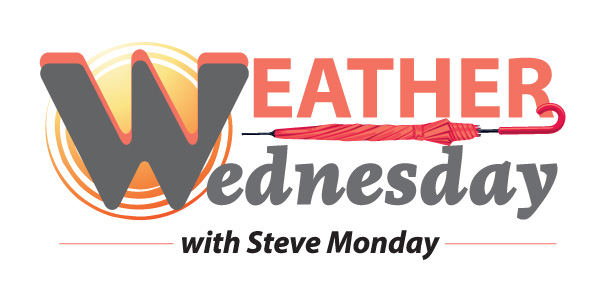 Last week, I wrote about the impact we are seeing from the heat and lack of rainfall this summer. We are currently under abnormally dry conditions in Rowan County. If you are like me, you walk across your yard and hear the grass crunch under your feet.

Q: How are drought conditions measured and issued to a specific area?

A: Well, it depends on what drought product we are looking at. Most of them take into account temperature and precipitation. However, there are others out there that look at different variables, including wetness of the soil (known as soil moisture), the type of soil (such as sand, silt or clay), and local vegetation characteristics and practices.

One of the more popular products is the United States Drought Monitor, which is run by the University of Nebraska at Lincoln, along with the National Integrated Drought Information System. Each week, scientists derive a categorical assessment of drought conditions. For the Drought Monitor, they are noted as follows: 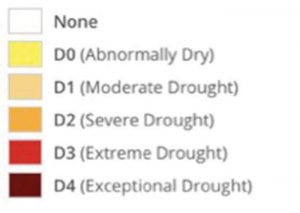 These are color-coded by intensity and used by many organizations to observe drought conditions. The report is released every Thursday morning and reflects conditions up to the Tuesday before. Data is also archived back to the year 2000.

Q: Once an area is placed under a drought status, how difficult is it for the area to recover from a drought?

A: It depends on how severe the drought is, along with the local area characteristics. If it’s D1 or less, usually a good rainfall can help alleviate drought. If it’s D2 or higher, it might take a little longer for it to subside. While rainfall is the biggest factor in reducing drought, other factors, such as soil moisture and soil type, can play a role. NCEI has a drought recovery tool that helps answer this question more empirically. One can use the tool to see how much rainfall is needed during a specified period of time in order to end drought.

If an area is in exceptional drought (D4, the highest classification), all is not lost. Even the most severe droughts come to an end. It’s just a matter of time. It could take years, but in some cases, much less time is needed. A good example of this is California, which on Jan. 3, 2017, saw its 154th consecutive week of having exceptional drought (D4). In only three months, the drought was wiped away thanks to heavy rainfall in the area. 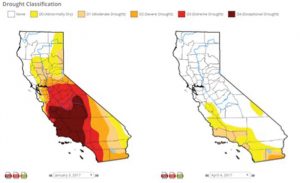 Q: How long do you feel it will take for Rowan County to get enough rainfall to get back into a nondrought or abnormally dry status?

A: Not very long. According to the report released on July 12, 90 percent of the county is experiencing abnormally dry (D0) conditions. Despite this, the amount of rainfall Salisbury has received this year is only slightly below normal. As of July 9, Salisbury had received about 20 inches of rainfall, compared to the average year-to-date value of 21.63 inches. 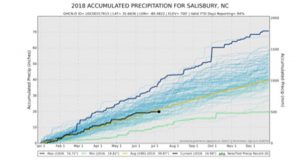 According to the NCEI drought recovery tool, the county would need about 11 to 12 inches of rain to come out of the drought status. However, this is averaged over a large area of the state (known as the Southern Piedmont). I would suspect that only a few inches (4 to 6) might be needed for Rowan County.

Q: What is the worst level of drought conditions you have witnessed during your time as a meteorologist?

A: For me, it was the fall of 2016. I live in Asheville, which is located in Buncombe County in the western part of the state. Since living here in 2010, the fall of 2016 was one of the worst droughts I’ve personally experienced.

As a homeowner, I enjoyed not having to mow my lawn but had constant worry about wildfires in the area. I was not too far from the wildfires in Gatlinburg, Tennessee to the west and Lake Lure to the east. The fires were creeping closer to the county, and if rainfall did not come, my house could have been affected.

Q: What would you say is the best advice you have ever given or received about a drought?

A: If you are in drought conditions, own property and are worried about wildfires, be prepared. Make sure you have proper insurance on your precious items, and even go around the house with your phone and video record all the stuff you have. If you do lose your house, the video will help you remember your possessions so insurance can help reimburse. Also, pay attention to the burn restrictions in your area. If they ask to not burn, do not do it. Many wildfires start because of negligence to this.

I really appreciate Jared Rennie for taking the time to educate us about droughts. I certainly hope this information helps you better understand how droughts are measured. Even though a drought condition is issued for the county, we are only a good rainstorm away from coming back.