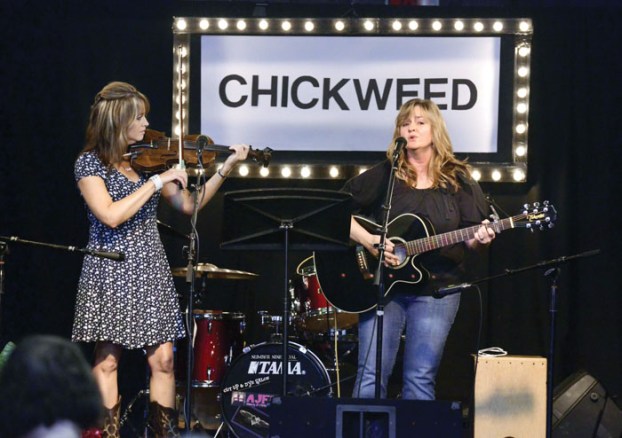 What: Seventh annual CHICKWEED is a music and arts festival “celebrating indestructible women” and “empowering through the arts.”

In the past, it has raised awareness and support for battered women. (That is changing.) And the subhead catchphrase has been “celebrating indestructible women, empowering through the arts.”

But founder Sue McHugh says the biggest misconception CHICKWEED fights is that people think the annual summer festival is for women only.

It’s open to all, she stressed, and “everybody has a good time.”

The seventh annual festival will be held Saturday at the F&M Trolley Barn off East Liberty Street, starting at 4 p.m. (See the accompanying box for details.)

The concert side of the festival features 10 women — and in several cases, their bands or featured performers.  The music, much of it original, touches a lot of genres, including pop, country, jazz, rock, folk and bluegrass.

Several artists also are working or showing their wares, and more than 25 vendors are both inside and outside the F&M Trolley Barn with items such as jewelry, crafts, clothing and therapies.

A silent auction of several contributed items will feature a new guitar from Griffin Guitars and a new bicycle from Skinny Wheels.

New Sarum Brewing and Morgan Ridge Railwalk Brewery & Eatery will be on hand with beer and wine.

As mentioned earlier, CHICKWEED has historically raised support and awareness for Family Crisis Council, but this year it will be supporting Prevent Child Abuse Rowan’s Terrie Hess House, for child victims of violence and sexual abuse.

“We’re finding out how great that need is,” McHugh said, adding she was surprised to learn North Carolina has only 35 child advocacy centers.

She emphasized CHICKWEED continues to be about empowering victims of violence through the arts, but now it’s starting with children.

When the first festival was held, McHugh said, organizers were surprised how many people didn’t know Family Crisis Council had a battered women’s shelter, and she thinks CHICKWEED did a lot to raise the organization’s profile.

She hopes the festival can do the same for Prevent Child Abuse Rowan.

McHugh smiles when she looks back at the first CHICKWEED. Just under 200 people showed up at the “black box theater” and spilled into the 400 block of North Lee Street.

“That’s what turned the light on,” she said. “(But) we never pictured it to bloom the way it has.”

When the fifth CHICKWEED rolled around, it moved to the F&M Trolley Barn.

CHICKWEED, which has a board of directors, gained nonprofit, tax-exempt status in 2016. McHugh said the board has discussed growing into a community arts festival, while making only the concert part a ticketed performance.

Besides trying to raise money and awareness for Prevent Child Abuse Rowan, CHICKWEED will be accepting donations of clothing, toys, books, gift cards and other items for the organization.

McHugh said it’s instructional to remember that chickweed is a plant and, as homeowners and landscapers can tell you, a tough plant it is.

“You know how hard it is to eradicate,” she said. “It is indestructible.”

By Mark Wineka mark.wineka@salisburypost.com SALISBURY — In a way, it was a rally for Riley. Residents, friends and family of... read more