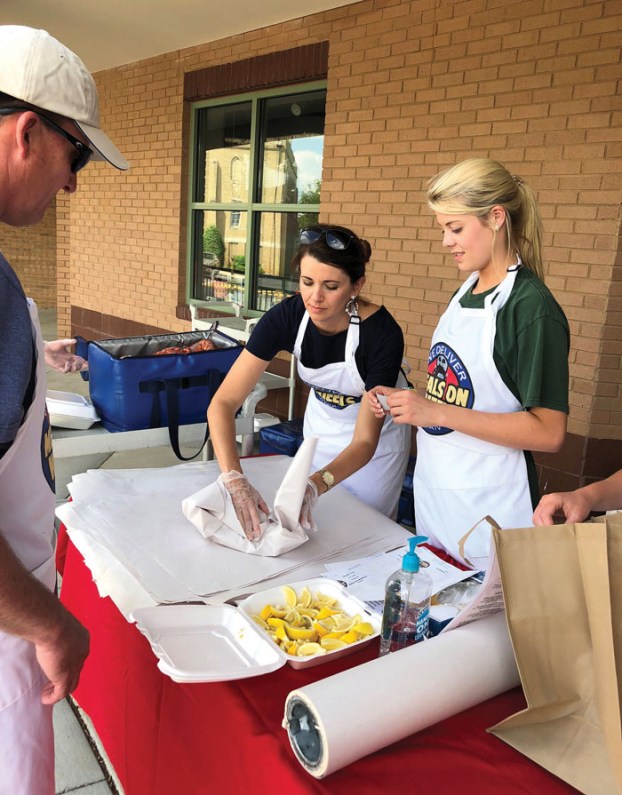 Lauren Whaley and Olivia Dagenhart wrap lobsters as Todd Dagenhart waits to deliver to the next customer during a Meals on Wheels fundraiser. Submitted photo 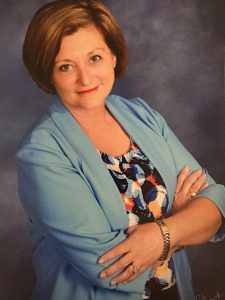 SALISBURY — In less than six months, Rowan County will have more residents older than 60 than children up to age 18.

And the need for care increases with age.

Cindy Fink, executive director of Rowan County Meals on Wheels, gave area mayors and others a glimpse of the senior boom to come during the Mayors’ Roundtable at the Chamber of Commerce on Friday.

• For women over 75, nearly half live alone.

Fink, who grew up in Rowan County, said her goal is to create awareness of the growth and needs of the senior population.

In Rowan County during 2016, 17 percent of the population was over 65, she said, more than 1.5 precent higher than the state average. The poverty rate for residents 65 and older is 9 percent or nearly one of every 10 seniors.

In Rowan, 8.4 percent of seniors have veteran status, and 23 percent of those who receive home-delivered meals are veterans or spouses or widows of veterans.

She said the Home Care Community Block Grant provided by the federal and state governments and matched by 2 percent at the county level helps fund some programs for seniors including:

• In-home aides at three levels, subcontracted through the Department of Social Services.

• Home-delivered meals through Meals on Wheels.

Helping seniors stay at home is less expensive than nursing care. Fink said the Home Care Community Block Grant funded almost all the above programs for $945,955 in 2016-17. During the same year, more than $29 million was spent to keep Medicaid patients in skilled nursing facilities in Rowan County.

Imagine the Medicaid funds that could be saved, she said, if more money could be directed to the services that support people who want to age in the place of their choosing?

“There is also the reality that Rowan County only has 742 beds for assisted living/adult care and 504 beds for skilled nursing care,” she said. “If you have visited anyone in an adult care community recently, you know that there are not a lot of empty beds.”

Meals on Wheels receives 4 percent of its funding from federal, state and local sources. Rowan Transportation is a county department, operating solely on public funds.

Although the agencies make an effort to collaborate, senior adults may find it difficult to navigate the resources, referrals and programs provided throughout the county, she said.

As an example, Meals on Wheels serves homebound seniors. Participants may receive services for one month, six months or as long as they live in their homes. When participants feel better, become more mobile and are no longer homebound, they graduate, she said.

They may be referred to the lunch clubs sponsored by Rufty-Holmes or to other agencies for transportation, activities or assistance with food.

The most frequently asked question about Meals on Wheels is whether people pay for their meals, and the answer is yes. If participants can pay between $1 and $7, they are invoiced each month. Meals on Wheels sets aside space for 60 clients who cannot afford to pay. The funding received from the Home Care Community Block Grant for 2017-18, the first time Meals on Wheels received such funding, provided meals for about 12 people for one year.

Some agencies’ grant funding stipulates that they cannot charge for their services. For example, the congregate meals program (lunch clubs) cannot charge and may only accept contributions.

For the first time in its 42-year history, Meals on Wheels requested funding from the Rowan County commissioners this year, Fink said. The request was denied, but she said it is likely that other senior service agencies will seek financial support in the future.

SALISBURY — In the 23 years that Rick McCombs has owned Sidewalk Deli, he’s never had a break-in at his... read more