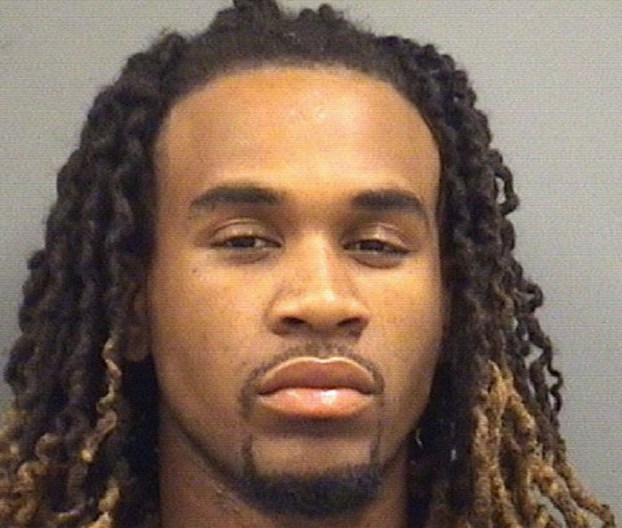 SALISBURY — A man charged with murder in the shooting death of a 25-year-old woman now faces a second murder charge — in the death of her unborn baby.

Rowan County investigators filed additional charges against Witt Alexander, who was earlier charged with first-degree murder in the death of Mariah Turner.

Alexander, 25, was charged June 24 with first-degree murder, shooting into an occupied property and assault by pointing a gun. He is also being charged with felony possession of a firearm by a felon.

Alexander was indicted Monday when a Rowan County grand jury returned a true bill on all the charges.

A member of Turner’s family said the family was aware that she was pregnant but declined to comment further.

Alexander was transferred to Piedmont Correctional Institute for a parole violation. He was released in October after serving nearly a year for a 2016 conviction for common law robbery. His parole would have ended later this month.

Investigators with the Rowan County Sheriff’s Office said that on June 24, Turner was at her residence, 1425 N. Long St., not far from Long Ferry Road. Two men arrived suddenly about 2 a.m. and tried to force their way into the home. Turner was shot while trying to close the door.

Authorities say there was no relationship between Alexander and Turner.

“They did not know each other,” Detective Chad Moose has said. “We don’t feel like she was a target.”

Detectives are working to identify other suspects and are looking for a car and a second person who was in the yard at the time of the shooting.

In a recent interview with a Post reporter, La’Andra Rorie, the girlfriend of Witt Alexander, confirmed that Turner and Alexander did not know each other. According to Rorie, Alexander knew Turner’s brother but did not know the two were siblings.

Rorie said Alexander is innocent and disagrees with findings disclosed in recent search warrants. Rorie said she’s tried to provide detectives with information but feels they have made their minds that Alexander is guilty.

She said authorities have no real evidence.

“All they got is somebody said it was him,” Rorie said.

Rorie said she was home the night of the murder and until about midnight, Alexander was as well. She said he and a friend left and she went to sleep. She received a call from her mother but did not get out of bed. Rorie said she believed Alexander was gone because he and a friend had been listening to music and it was no longer playing. He returned home in the early-morning hours, she said.

Salisbury attorney Doug Smith was appointed as a provisional attorney to represent Alexander. A probable-cause hearing was scheduled for July 13, but because Alexander was indicted this week by a grand jury, he will automatically be placed on a Superior Court calendar to be arraigned on the charges.

No date has been set for arraignment.

Vandals defecate in Kannapolis church, cause other damage

By Shavonne Walker shavonne.walker@salisburypost.com KANNAPOLIS — Vandals caused hundreds of dollars worth of damage to a Kannapolis church, including leaving... read more